Be Careful what you Wish For 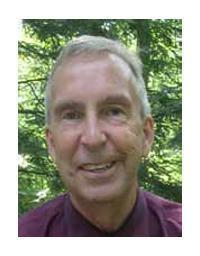 There’s an old saying, “Be careful what you wish for. You may get what you want.”

This piece of advice has validity because what you end up with may not be anything like what you expected.

There are so many hard-to-foresee implications from everything we choose to do that an imagined bright future can easily turn cloudy and threatening.

The vague sense of dread can best be conveyed by the more modern warning against “unintended consequences”.

It’s certainly true in our personal lives. It’s also apparent in economic affairs. That’s because any highway into the future can have a virtually unlimited number of off ramps. The study of econometrics – which connects interrelated data through a series of equations – tries to capture this effect by keying on endogenous (i.e., dependent) and exogenous (i.e., independent) variables.

Some econometric models have thousands of equations while still proving inadequate to accurately predict the future based on a given set of circumstances.

Let’s tour the world and consider some ramifications that may be coming as a surprise to planners. In each case, I’ll begin with the hoped-for result then consider what the unpleasant side effect has been.

Many Americans have pondered how nice it would be if the nation could dispense with its illegal alien population. By most estimates, there are 11 million – possibly running as high as 20 million – undocumented workers in the country. Most are from Mexico and other Latin American countries.

They’re often viewed as a drain on the nation’s social network, requiring medical care for their families and schooling for their children, all at a cost to law-abiding citizens. Since they’re hiding in the background, they’re probably not paying taxes properly.

They’re the lowest rung on the economic ladder. They contributed mightily to the last recession and the credit crunch when the bundled bonds issued by investment banks proved to be unsound as a result of sub-prime mortgages.

What’s the solution? One commonly favored proposition has been as follows. Make their lives so unpleasant that “illegal aliens” will pack up and go home. In fact, it might be worth suggesting they remove themselves voluntarily.

How has this worked out? Six years have passed since the start of the recession in the U.S. Many of the “hidden”, faced with job losses and repossession of their properties, have exited the country. Sure there have been ripple effects, but of how serious a nature?

For starters, it’s hard to assess what will happen in the U.S. housing market. There’s no doubt low-income immigrants had trouble meeting variable-rate mortgage payments.

But that was largely the fault of the Federal Reserve and the banks. The latter were eager for business regardless of whether their customers were able to make debt repayments or not.

The “unwelcome” immigrant population needs housing – rental accommodation at a minimum, if not home ownership. U.S. home starts peaked in January 2006, seven years ago. Residential ground-breakings have just crossed back above one million units seasonally adjusted and annualized for the first time since June 2008.

What’s their potential level? In the past, an annual figure of 1.5 million to 1.7 million units was the norm. Without the previously strong incomer push, that figure’s not likely to be as high again anytime soon. Weaker housing starts hold back both retail sales and manufacturing.

There’s another downside. Now that home starts have picked up, the need for construction workers has increased as well. Not surprisingly, reports of an unskilled worker shortage in the U.S. are widespread, especially in some border states.

Many of the individuals who were content to do marginally menial work have now been chased away.

Part of the Canadian cultural experience is to look askance at what our neighbor to the south is up to. The U.S. has a history of becoming embroiled in armed conflicts in the Middle East. The need for foreign oil beyond what Canada, Mexico and Venezuela can provide has been part of the explanation.

In Canada, we’ve been able to withstand the vicissitudes of Arab-World supply disruptions thanks to our own abundant fossil fuel reserves. How outstanding would it be if the U.S. were similarly able to sever its reliance on “conflict-zone” supplies, as President after President has promised?

Guess what? That’s about to happen. Thanks to new “fracking” technology, U.S. stockpiles of natural gas and oil are increasing exponentially. According to Washington’s Energy Information Administration (EIA), the current inventory of U.S. oil is the highest on record.

The U.S. will be self-sufficient in natural gas by the next decade. Hydraulic fractioning is a technological advance whereby sand, water and chemicals are inserted down horizontal as well as vertical shafts to break up shale rock and release stored hydrocarbons.

What does this mean for Canada? The U.S. is no longer as dependent on our oil and gas as in the past. Approvals for pipeline projects – with the Keystone XL route to Cushing, Oklahoma and on to the Gulf of Mexico being the most widely discussed – are up in the air.

TransCanada Corporation isn’t our only major energy firm caught up in the uncertainty. Enbridge is likely to face stiff opposition as it proceeds with plans to double capacity on its Alberta Clipper line running from Hardisty near Edmonton to Superior Wisconsin.

Environmentalists stand opposed to delivery system expansions that will lead to more output from the Oil Sands. The claim is made that Fort McMurray extraction is more damaging to the environment than convention sources.

This ignores the fact producers have made a concerted effort to reduce harmful byproducts by nearly one-quarter over the past decade. Alberta is proposing a further carbon tax hike that will reduce emissions by another 40%.

To fully develop our Oil Sands potential – with all that means in terms of construction, employment and tax revenue to support social programs – Canada needs to sign up alternative customers, mainly in the Far East.

This will be a task made more difficult due to roadblocks thrown up by the B.C. government, aboriginal bands and environmental watchdogs.

If you’re the Prime Minister of Japan – which isn’t as unlikely as it may seem, since there have been five of them in the past seven years – you must be pondering how to escape from 15 years of deflation.

Your fondest wish can be summarized as follows. “Wouldn’t it be terrific if prices rose at an annual pace of 2.0% or higher?”

This leads logically to your next thought, “Let’s do everything in our power to make that happen.” That will mean more spending on infrastructure by fiscal authorities and additional bond purchases by the central bank, in order to lift the money supply.

Unfortunately, there are different kinds of inflation, with graduated degrees of value. There’s inflation that’s good because it’s the offshoot of a stronger economy and heightened demand. Then there’s the kind that’s a huge pain, with few redeeming qualities.

Categorize Japan’s projected inflation as more likely to be of the second variety. The current fiscal and monetary stimulus will make it worse.

As a result of the tsunami-caused disaster at the Fukushima Station two years ago, the nation’s nuclear power reactors have been de-activated until safety checks verify they can be fired up again.

In the meantime, electricity production has shifted from uranium-fueled plants to units where natural gas is used as the feedstock. All of the latter is imported. There’s a price effect that’s presenting a considerable dilemma.

In North America, where the demand-supply balance prevails and availability has increased immensely, gas is selling for less than $4.00 U.S. per million cubic feet. In Japan, the energy equivalency between oil and gas is built into the cost structure, yielding a charge of $15.00 and higher.

That’s not the end of the pricing problem. There’s also a currency effect. As the Bank of Japan increases the money supply, the value of the yen keeps falling. In fact, that’s what the authorities want to achieve. It lowers the price of Japan’s exports and helps win foreign sales.

In the meantime, the exchange-rate adjusted price of imported natural gas goes through the roof. Tokyo will achieve its inflation target, but not in the way it intended.

On a Personal Level

The foregoing looks at the big picture. The same principals apply at a more personal level. Let me present an example. I’ve been reading how “driverless cars” will be big in our future. Google has been one of the first to successfully test prototypes.

This is something I’ve viewed as desirable for a long time. The advantages are obvious. If the technology really can eliminate accidents, then the price of auto insurance should be greatly reduced.

This will be of immense benefit to mature drivers, but will aid young drivers even more. It will also let all parents sleep more comfortably when their sons and/or daughters have borrowed the family “chariot” for a night on the town.

Congestion will be eased. Computer systems will update vehicles on which routes are running fastest. We’ll be able to do other things while on our way from point A to point B – write reports; read the latest news on our tablets; shed stress.

So what’s the downside? It occurs to me it won’t be long before my wife will be able to send our van to the store to buy milk or pick up popcorn before we all sit down to enjoy a video download.

In that event, she won’t need me anymore. Oh well, I suppose my worth can still be based on walking the dog. That is until we get a pet that’s animatronic.

Alex Carrick is Chief Economist with CanaData, a division of Reed Construction Data (RCD). CanaData is the leading supplier of statistics and forecasting information for the Canadian construction industry. RCD is a division of the global publishing firm, Reed Elsevier. For more economic insight from RCD, please visit 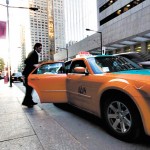 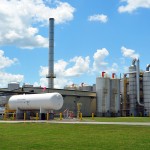