VANCOUVER, British Columbia, March 31, 2020 (GLOBE NEWSWIRE) — Bearing Lithium Corp. (“Bearing” or the “Company”) (TSX Venture:BRZ) (OTCQB:BLILF) (FRANKFURT:B6K2) is pleased to announce that, effective today, Ryan Smith has been appointed as Chief Financial Officer and Ray Baterina has been appointed as Corporate Secretary as the Company.
Ryan Smith brings more than 12 years of financial experience. Most recently, Mr. Smith served as a senior account manager for First Calgary Financial, where he managed a $250 million commercial real estate portfolio. During his eight-year banking tenure, Mr. Smith held senior roles in retail, wealth management and small business divisions. An NCAA collegiate athlete, Mr. Smith attended Montana State University on a tennis scholarship before graduating summa cum laude from Keiser University with a Bachelor of Business Administration with a concentration in finance.Ray Baterina has over 20 years of experience in administrative and corporate services ranging from provincial government to publicly traded companies and private companies. Starting a career in Financial Services with the Ministry of Transportation of BC, Mr. Baterina was responsible for external agreements in accounts receivable, financial analysis and management of budgets.  He was then instrumental in coordinating and establishing the head office of GBS Gold International Inc., a publicly traded junior mining and exploration company. As the Assistant Controller with Pacific Group of Companies (NorLand Limited), Mr. Baterina was able to take his experience managing treasury and financial resources into his current position as the managing partner and financial controller of P&N Vero LLP, a privately owned wealth management company.The Company also announces that it has granted 2,320,000 incentive stock options (“Stock Options”) to certain directors and officers.  Each Stock Option is exercisable to acquire one common share of the Company at a price of $0.11 for a five year period. In addition, further to its new release dated February 6, 2020, the Company confirms it has now issued at aggregate of 1,000,000 common shares to Leede Jones Gable Inc. (“Leede”) as payment of the advisory fee due to Leede under the Advisory Agreement entered into between the Company and Leede.Gil Playford, Chairman and CEO, commented: “As a result of the over-subscribed private placement financing announced on Feb 4, 2020 for total gross proceeds of $1,024,440, the Company paid the US$613,887 December 2019 cash call by the Maricunga Joint Venture and will pay US$158,454 on April 1, 2020 to maintain its 18 % interest in the Maricunga Lithium Brine Project in Chile. The Company has put into place stringent spending controls to provide time flexibility during the Covid-19 outbreak.”About Bearing Lithium Corp.Bearing Lithium Corp. is a lithium-focused mineral exploration and development company. Its primary asset is an 18% interest in the Maricunga Lithium Brine Project in Chile. The Maricunga Project represents one of the highest-grade lithium brine salars globally and the only pre-production project in Chile. Over US$50 million has been invested in the Maricunga Project to date and all expenditures through to the delivery of a Definitive Feasibility Study have been fully-funded by the earn-in joint-venture partner.ON BEHALF OF THE BOARD
Neither the TSX Venture Exchange nor its Regulation Services Provider (as that term is defined in the policies of the TSX Venture Exchange) accepts responsibility for the adequacy or accuracy of this release.This press release includes certain “forward-looking information” and “forward-looking statements” (collectively “forward-looking statements”) within the meaning of applicable Canadian and United States securities legislation including the United States Private Securities Litigation Reform Act of 1995. All statements, other than statements of historical fact, included herein, without limitation, statements relating the future operating or financial performance of the Company, are forward-looking statements.Forward-looking statements are frequently, but not always, identified by words such as “expects”, “anticipates”, “believes”, “intends”, “estimates”, “potential”, “possible”, and similar expressions, or statements that events, conditions, or results “will”, “may”, “could”, or “should” occur or be achieved..  Actual future results may differ materially. There can be no assurance that such statements will prove to be accurate, and actual results and future events could differ materially from those anticipated in such statements. Forward-looking statements reflect the beliefs, opinions and projections on the date the statements are made and are based upon a number of assumptions and estimates that, while considered reasonable by the Company, are inherently subject to significant business, economic, competitive, political and social uncertainties and contingencies. Many factors, both known and unknown, could cause actual results, performance or achievements to be materially different from the results, performance or achievements that are or may be expressed or implied by such forward-looking statements and the parties have made assumptions and estimates based on or related to many of these factors. Readers should not place undue reliance on the forward-looking statements and information contained in this news release concerning these times. Except as required by law, the Company does not assume any obligation to update the forward-looking statements of beliefs, opinions, projections, or other factors, should they change, except as required by law.
CBJ Newsmakers 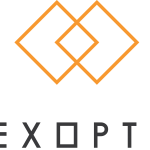