Become a Millionaire – The Cheaper Way

I don’t generally look forward to reading how-to business books. I usually find them full of platitudes, outmoded common sense, lacking wit and, worse of all, personalized advice that may only apply to the author. Tim Moore has just written, “You Don’t need an MBA to make Millions” published by ECW Press.

But, I looked with anticipation to reading this second book by Tim, the so-called “serial entrepreneur”, because I have known him for many years and he’s always been a straight-to-the-point kind of guy, an honest rascal without all the pomposity that is usually the baggage with too many self-made men.

Reading each chapter, I was being hooked by Tim’s new essays on his successes and, indeed, failings in the business world. Tim slowly but surely draws the reader into a riveting world of his world, his mind and his soul. I felt “privileged” to be sharing his stories, as if we were both kibitzing about schoolboy antics over a hot chocolate and pie. I laughed when he laughed, angered when he felt frustrated and celebrated with him at his small but growing number of victories.

Tim’s special writing gift of that being humble helps cements a reader’s relationship with Tim and, as such, allows my easier understanding and acceptance of what Tim has to offer.

Tim’s adventures are many: the adventures of the midnight mover, the mishandling of the nursing home scheme and, worse still, the total botching of a succession plan within his own company all highlight the author’s admitted miss-steps.

In his hometown Montreal, Tim was notorious for not paying his parking tickets. So, one fateful evening two burly policemen knock on his door, demanding full payment – or else. Tim’s immediate response- “Why, just the two of you?” The cops’ reassurance that many more would be dropping by within minutes was enough to finally pay those tickets.

In the Barbados investment property caper, his ongoing battles with a neighbouring well known fellow Canadian came to a head one day when he glanced outside his beachfront home and helplessly witnessed a gang of workers dump hot cement all over his new car. Bushwhacked, he humbly sought a settlement.

Tim lists these failures as valuable cautionary lessons gleaned from the experiences. It is this direct link between a personal miss-adventure, shared imitatively, and the learned lessons that makes a personal handbook for any aspiring entrepreneur, including me.

These are hard lessons won, steeped in the old-fashioned but still relevant School of Hard Knocks. And Tim being the guy he is, an old-fashioned opportunist who easily admits to not bowing before no king or law, as the episode over the unpaid parking tickets attests, he wants you to know simply he also had the helping hand or two on his climb to being a millionaire. In fact, he admonishes the reader to keep the faith in always being ready to help and praise others, especially his own staff, and having total respect for the customer.

I admit I’m prejudiced. I read every page. But, believe a believer, Tim’s book is a true self-help book, deserving of apt attention and loyalty. Gee, it’s a lot cheaper buying and using this book than trying in thousands of grueling hours of study to earn a MBA, and you get smarter a lot faster, too.

Mark Borkowski is president of Mercantile Mergers & Acquisitions Corporation. Mercantile is a mid-market M&A brokerage firm. He can be contacted at (416) 368-8466 ext. 232 or www.mercantilemergersacquisitions.com 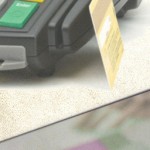 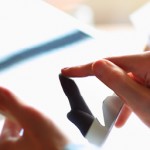