In fact, past studies about leadership lacked a multilevel approach, and only focused on downward control. Not accounting for a middle-level leader who takes a two-way approach to influence both superiors and subordinates—more of liaison. Another reason was that there is no determined set of variables used to investigate effective leadership, owing to the diversity of leadership theories and models with different perspectives about effective leadership. A third reason relates to studies about leadership that lack a systematic approach and stem from interdisciplinary approaches. Thus, leadership has remained relatively silent on how to integrate theories, methods, and concepts from diverse disciplinary domains to provide a rich basis for understanding the true leadership theoretical and applicable concepts.

There is another reason that leadership studies have failed to disclose the nature of filling the leadership gaps between performance and success. In many instances, there is no direct connection between leadership theories and models, with the exception of one leadership theoretical model; authentic leadership, which has had an impact upon today’s changing situations.

Companies in general confront challenging situations in which they need to proactively respond to every environmental demand, a comprehensive leadership model can be a basis for understanding and perhaps anticipating these emerging issues. This idea has been reinforced by two scholars by the names of John Blair and James Hunt who state that “the issue here is not basic versus applied research, but research that is or is not relevant to current or projected organizational problems.” Leadership theoretical models reflect positivist philosophy, which manifests itself in exploring the current situation rather than investigating the most desired situation for an organization.

Many executives wonder what academic and leadership writers are trying to explain via models and theories. There really is not much difference except that a theoretical framework has been tried and tested while a model may be an application that leaders can learn and teach others. For instance, various theories and models are presented in an attempt to portray the concept of leadership. However, there have been several shifts in the study of leadership, and subsequently newer approaches to leadership emerged leading up to the emergence of authentic leadership model. While there are many leadership models that leaders can apply, my emphasis will be based upon the authentic leadership model.

The key idea from this particular section of the article is to provide authentic leadership model that has emerged as more applicable and more adaptable today than the many others that are available today. This leadership will be covered in-depth throughout the rest of the article with the main focal point being introduced here as an emerging model of leadership, which is describes in the following section.

Authentic Leadership
The origins and foundations of authenticity are rooted in ancient Greek history where philosophers are known for moral injunctions such as ‘know thyself’ and ‘to thine own self be true’. A scholar by the name of Susan Harter define the term ‘authenticity’ has been defined as “owning one’s personal experiences, be they thoughts, emotions, needs, wants, preferences, or beliefs, processes captured by the injunction to know oneself and further implies that one acts in accord with the true self, expressing oneself in ways that are consistent with inner thoughts and feelings”. Julian Treasure, a chairman at a prominent large organization, renowned voice and tone specialist calls being authentic as “Standing in Your Own Truth.”

The prominent scholar on Authentic Leadership is Bill George who sheds light on authentic leaders as those chief executive officers who “recognize their shortcomings, and work hard to overcome them. They lead with purpose, meaning and values. They build enduring relationships with people. Others follow them because they know where they stand. They are consistent and self-disciplined. When their principles are tested, they refuse to compromise”. Authentic leaders, therefore, truly perceive their own values and beliefs, and are highly recognized by other people as being aware of their own and followers’ values, strengths and weaknesses. These leaders are also most knowledgeable about themselves and the context in which they lead. Furthermore, scholars such as Michael Kernis and Brian Goldman found that authenticity manifested itself in “authentic functioning of people’s self-understanding, openness to objectively recognizing their ontological realities (evaluating their desirable and undesirable self-aspects), actions, and; orientation towards interpersonal relationships.

The first element refers to the idea that authentic leaders develop a positive work climate in which followers more effectively contribute to a firm’s performance and competitive advantage.

The second element is about the authentic decision-making process, which identifies moral dilemmas, and then evaluates and selects the best available alternative to be implemented.

In the third element, Bruce Avolio and William Gardner have left an array of managerial implications for executives such as the fact that authentic leaders continually understand their own “unique talents, strengths, sense-of-purpose, core values, beliefs, and desires”.

In the fifth element, executives agree with Bruce Avolio and William Gardner who shed light on self-awareness and self-regulation and argue that “authentic leaders align their values with their interactions and actions”. In fact, a strong alignment can be achieved in values and goals by using a transparent process between leaders and followers.

Then, in the sixth element, an authentic leader takes a coaching role for transforming and developing people.

Finally, executives follow Bruce Avolio and William Gardner that conclude that authentic leaders develop effective workplaces “that provide open access to information, resources, support, and equal opportunity for everyone to learn and develop” in order to actively respond to the constant changes occurring in external environment.

The key for executives is that the seven elements of authentic leadership, in fact, represents how an effective leader working in today’s knowledge-based economy can develop and manage intellectual capital in corporations throughout North American and the rest of the developed countries. For a leader to be completely authentic, telling the truth is not always easy. Therefore, is being an Authentic Leader a good thing? Yes. Does it work in every situation? No. Should a leader know about it, and consider being as authentic as possible when determining strengths and weaknesses? Yes.

Mostafa Sayyadi is with the Institute of Management Consultants in Victoria, Australia. 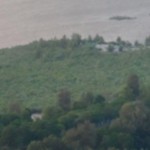