Benefits of Diversity in Business

We are living in a complex world of technology and globalization. Many feel that their status quo is being questioned and under attack by newcomers from other cultures, by the changes in our traditional market standards and by other languages and beliefs.

As Machiavelli put it a few centuries ago, human beings have difficulty in “believing in new things until they have had experience of them” and yet today’s businesses are adjusting and embracing diversity, bringing creativity and innovation to the workplace.

History has shown that we can all benefit from learning new ways of doing things and newcomers who migrate to our territory bring us energy, a different perspective and new ideas,

On a visit to a regional office, the vice president of an international airline made a presentation on the company’s plans to seek landing rights in two South American capitals. The meeting was opened to questions and someone from the local sales department asked how the airline planned to promote the new destinations. Originally from Chile, he provided valuable insights on local marketing challenges to consider, like differences in language between neighbouring countries (and even within one region), varying cultures as well as social and living standards.

Many of his points had not been considered and the airline’s marketing department delayed the promotional program until these, and several other important facts were included in their plans.

The president of a Canadian manufacturer of restaurant furniture and interiors was not having any success in promoting his products in foreign markets. Frustrated, he compared his products against those offered by the competition abroad and found that his were very competitive in a number of areas.

He also learned about the concept of “cognitive diversity”: the idea of assembling a team of people with different perspectives and intellectual or cultural backgrounds. When he checked on the backgrounds of his advertising department’s staff, he found that they were all graduates of Canadian colleges and universities and had studied under professors with similar North American advertising and promotional views. Although knowledgeable about home markets, none could assess a product or marketing concept from an international perspective.

His company had often used focus groups to evaluate products but he now realised that such groups are usually made up of individuals who share common interests and cultures. They are asked to take part in an interactive discussion based on similar backgrounds and their evaluations would therefore not be based on experiences outside of their North American standard of living.

Convinced that his company’s disappointing exports were due to incorrect evaluations, he invited overseas individuals with different backgrounds, ethnicity, language and culture to evaluate his product line. He wanted to compare it with his top competitors overseas.

The group’s comments regarding colours, shapes, overall design and functionality resulted in the company creating a separate production line for international consumption. After exhibiting its new collection at the top Trade Shows in Germany and Italy the firm experienced a jump in exports.

Contrary to his belief that human beings are “afraid of new things until they have had long experience of them”, Machiavelli would be impressed with our ability to accept new ways. Today’s migrants, in particular, have more get-up-and-go than the average person because they are fully committed to making a new beginning. Their entrepreneurial nature helps them to rely less on government programs to succeed and they bring a fresh approach to their new environment.

There is no doubt that businesses who take advantage of ideas from more than one culture will have a competitive advantage in world markets.

Ennio Vita-Finzi has worked on three Continents as a Trade Commissioner, a multinational executive, a successful entrepreneur and a college and university lecturer. e.vita-finzi@sympatico.ca. 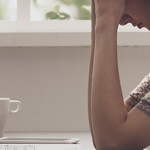 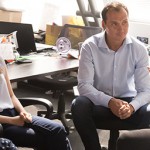 Knowledge Management: From Theory to Practice