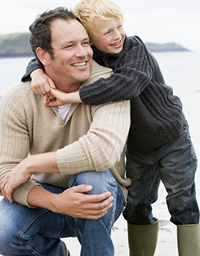 Get involved. That’s the message coming from Big Brothers Big Sisters of Canada. Since 1913, the organization has supported children ages six through 16 by providing them with an adult mentor, someone with whom to spend time doing activities enjoyed by both, whether it be baking, throwing a football, or playing video games…you name it! A simple concept, indeed, but one that has resulted in budding relationships and thousands of volunteers across Canada.

Those involved in the program begin with a referral source, generally from a family, school setting, or social services organization, feeling a child could use a boost and would benefit from the presence of a Big Brother or Big Sister mentor. These programs keep students more connected and more interested in school, with the hope that it will build his or her desire to not only stay in school, but look forward to attending.

What makes a mentor

All things considered, what makes a good fitting mentor for Big Brothers Big Sisters? According to Bruce Macdonald, President and CEO of Big Brothers Big Sisters, “There is no sort of magic type of mentor. The basic requirements are that they want to spend time with a child, they’re willing to make the commitment, and that they’re deemed to be a safe person.”

“Volunteers come from all walks of life, from highly educated professions, to small business owners, to people that work with their hands, so the best mentors are the ones that want to be the kid’s friend and not come in and try to change the world.”

According to the organization’s internal research, children who have benefitted from a volunteer mentor are less likely to experiment with drugs and alcohol, are more likely to stay in school, and have better relationships with friends and family. Over time, the program’s impact helps these children make positive life choices. Added Macdonald, “Mentors help build healthy communities with kids coming through Big Brother Big Sister programs, with the aspirations, self-esteem and self-confidence to make good choices during the turbulent adolescent years…Kids learn to be productive contributors to the system.”

Conducted at the local level, community program development truly begins at the grassroots. In terms of financial sustainability, the last few years have been tough, as was the case for most charitable organizations. As such, Big Brothers Big Sisters look for traditional funding sources, individuals as donors, to work with the foundation community and special event fundraising, in addition to receiving some government funding, though that amount is a significantly smaller portion of the organization’s budget.

“Every one of our local member agencies has different ways of raising funds, and the most common [across the country] is our national Bowl for Kids Sake program, a class bowl-a-thon, so it is a lot of fun, with people wanting to support this cause,” Macdonald said. “It is the most common fundraiser and it is universally applied.”

“Over the last few years, the number of kids served has gone up, while the number of agencies has gone down, so we are finding ways to create long-term sustainable health at the local level by being open to new business models, so all those things are discussed to make sure we are around for a long time. The success of our mentoring programs is not measured in days or weeks, but rather months or years, so we need to be able to have long-term sustainability when we are delivering service.”

As the core of the organization, Big Brothers Big Sisters offers several specialized development programs. That list includes the recently launched Go Girls, a group setting where females ages 12 to 14 learn about body image, healthy eating, and good lifestyle choices from a Big Sister. The success of this program has resulted in a similar program for Big Brothers, known as Game On, to ‘eat smart, play smart, and live smart’.

Tying in with the organizational goal of 100,000 Children Served, established in 2004, Big Brothers Big Sisters approved a national strategic plan to achieve rapid growth, today serving over 30,000 kids, striving to grow that number to 100,000. Added Macdonald, “We want to continue to challenge the organization to build resources and capacity and find more volunteers because there are lots of kids who need mentors. We’re hoping everyone in Canada who needs a mentor, has a mentor. We’re hoping for a society that believes in the power of mentoring and the impact of the programs.”

“When you think of topical societal issues, like bullying, like academic achievement, good self-esteem, these kids generally aren’t bullies, and can stand up for themselves and others, can understand the value of education and apply themselves well in school,” Macdonald concluded. “So the ripple effect of a very simple concept is very powerful on the health of communities across Canada and I don’t think that can be understated.”