Bill C-48 divides Canadians and Betrays the Promise of Confederation

As a member of the Canadian Senate, we’ve heard from thousands of Canadians for and against Bill C-69, an act that promises the modernization of the National Energy Board and the Canadian Environmental Assessment Agency – that’s a good thing. But an eerie silence prevails around Bill C-48.

Bill C-48 proposes a ban against oil tankers off most of Canada’s western coast. The bill threatens national unity severely and significantly by pitting one region against another and communities against communities.

Canada was built on conversation, not conflict. We have always talked our way through to solutions that balance everyone’s interests; this has become a fundamental national principle. Bill C-48 promotes conflict, not cooperation.

By banning oil tankers that transport western oil to markets overseas, the bill unfairly inhibits the capacity of three provinces to fully develop their natural resources. It effectively landlocks much of our energy resources, preventing future infrastructure development and frustrating the aspirations of several indigenous communities. The result is a plan that appears to disadvantage one part of Canada in favour of another, and some communities against others, digging deeper fault lines in the unity of this country.

We ought to be wary when governments offer easy solutions to complex problems. We’re told that banning oil tankers off the BC coast will protect the area’s unique ecosystem and preserve the economic livelihoods of coastal fishing communities. Unfortunately, there is little evidence to support this claim.

Everyone agrees that the fragile ecosystem of the BC coast needs to be protected. However, Bill C-48 doesn’t offer real-time protection for the area in question. It allows the government to exempt, arbitrarily, any number of oil tankers from the ban. It does nothing to address other marine traffic like cargo ships, ferries and cruise ships that pose spill risks and have in fact caused damage to coastal communities.

This bill is not a moratorium so much as it is a cynical distraction from our very real obligation. All Canadians must find a way to save coastal communities and, at the same time, foster opportunities for all communities who aspire to build sustainable futures.

You’ll hear some politicians claim that the moratorium is a fulfilment of the wishes of local Indigenous communities. Again, the government is selecting one group over another by siding with those communities that support the ban while ignoring other indigenous communities that are opposed to it. Indigenous leaders from the Nisga’a and Lax Kw’alaams nations, for example, have expressed serious concerns about the implementation of the moratorium and the lack of meaningful consultation.

Instead of pitting groups of Canadians against each other, the government should make a better effort to find compromise among the various groups that this bill directly affects, including the many workers across Canada who are facing bleak prospects if it proceeds. After all, it’s incumbent on any government to ensure that Canadians are having conversations with one other and not turning deaf ears to their neighbors.

When we stop listening, divisions in our national unity quickly start to form.

Sadly, that’s what we’re seeing now. Fractures are developing because many affected Canadians believe that their interests are being ignored in favour of other interests. There seems to be little effort to foster dialogue or find compromise, and that feels like a betrayal of one of the key tenets of our Confederation.

Bill C-48 isn’t worth that cost and shouldn’t become law as it currently stands. It is an illusion masquerading as a solution. We can all do better than that.

Perhaps some of us are forgetting that Confederation was an achievement of what John A. Macdonald called a “mutual compromise” among the joining provinces. Our Constitution explicitly affirms the commitment of federal and provincial governments to “promote equal opportunities for the well-being of Canadians” and “further economic development to reduce disparity in opportunities.” Providing opportunity for all Canadians – not just one group or region: that’s the promise of Confederation.

It’s a principle worth keeping in mind when considering Bill C-48.

Elaine McCoy, QC has been an independent senator from Alberta since 2005 and was the first senator to hold the position of Facilitator (leader) for the Independent Senators Group. 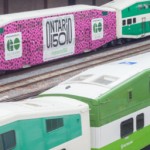