CBJ – China’s recent crackdown on bitcoin mining has resulted in a notable decline in the cryptocurrency’s value. By far the most populous country in the world, financial analysts believe it is essential for China to be on board in order for bitcoin to continue its growth. It’s estimated about 65% of bitcoin’s mining has historically come from China. However, it appears as if it’s heading towards a slowdown and perhaps an all-out halt, at least for the time being.

Bitcoin dropped to about $31,300 to start the week, marking a two-week low and the losses continued into Tuesday, with the value dropping below $30,000, putting it into negative territory for the calendar year.  The pessimism coming from China has impacted other rival cryptocurrencies as well.

With more challengers now nipping at its heels, bitcoin remains the world’s largest cryptocurrency in spite of losing more than 20% of its value over the past 10 days.

The roller coaster ride has many bitcoin investors jittery, which in turn creates a domino effect of negativity. However, cryptocurrencies have also shown a tremendous amount of resilience and an ability to bounce back when positive news is released, which is once again what investors are banking on. 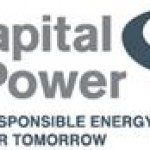 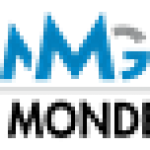 As a World First, Nouveau Monde Has Signed a Collaboration Agreement with Caterpillar for the Development of a Zero-Emission Solution for the Matawinie Mine