Blockbusters in Alaska To Close

CBJ — It may come as a surprise to many people, but there are actually three Blockbuster video stores still in existence. However, that number is about to shrink to just one on word that Alaska’s last two stores are throwing in the towel. That leaves just one location in the entire U.S., in Bend, Oregon.

There are no remaining stores in Canada. The last of the locations here went out of business at the end of 2011.

Blockbuster was founded in Dallas, Texas in 1985 by David Cook and enjoyed great success for almost two decades. At its peak in 2004 there were 15 Blockbuster locations in Alaska and 4,500 in the U.S., and more than 9,000 worldwide with a total of 84,000 employees.

However, the advent of video streaming on the internet and better bandwidth connectivity in homes essentially killed the video store business. 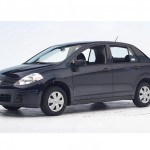