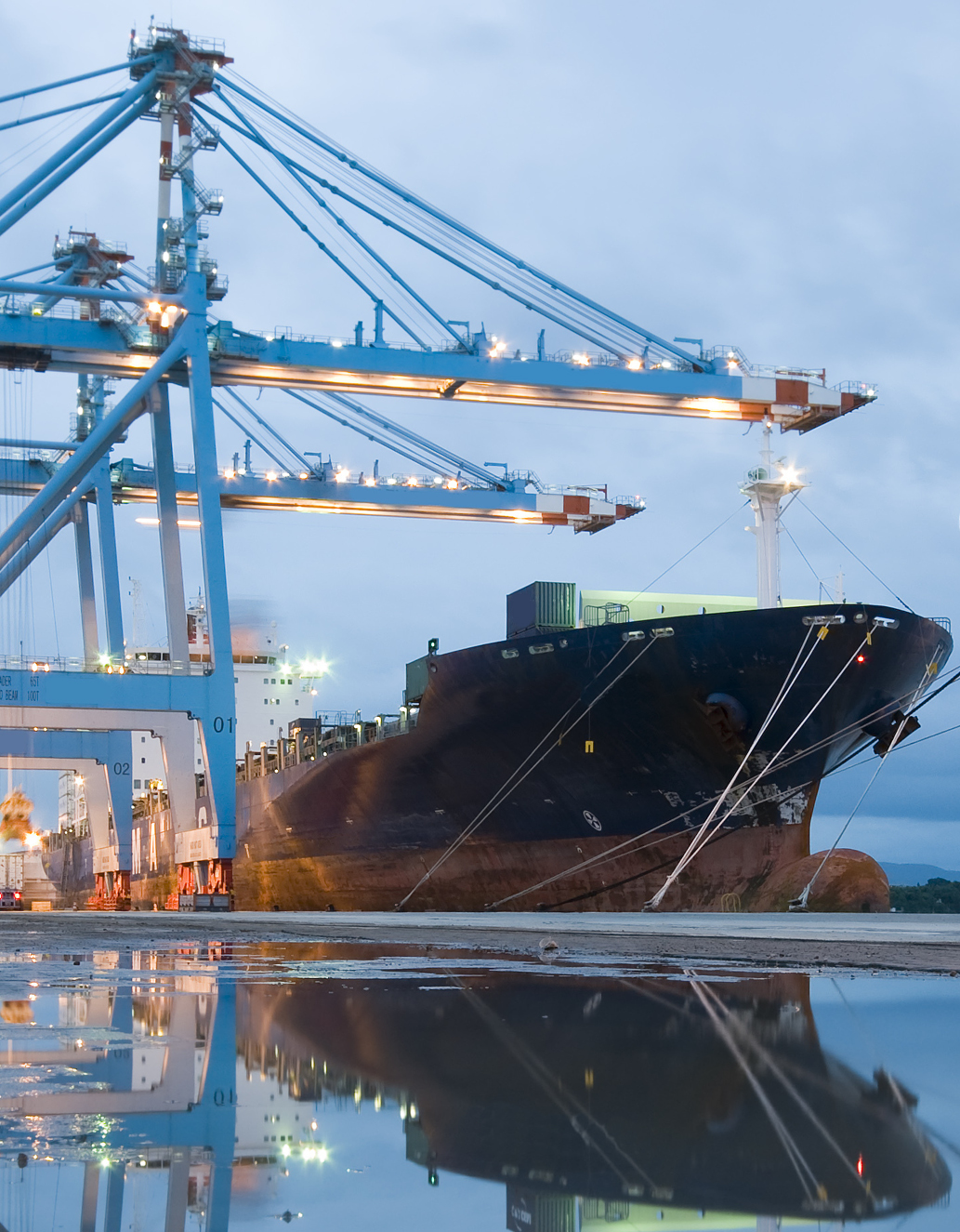 To remain a “blue force”, the company is very cautious in choosing its projects, limiting its services to friendly companies and governments, staying away from roles that could expose the company to liabilities under international law.

What differentiates Blue Force Global from the competition is the company’s high specialization in security matters due to the nature of work its associates performed throughout their careers, and who are more than able to provide powerful insights, experience and the very best solutions to protect persons, assets and business operations (business continuity) for various sectors. The Canadian Business Journal spoke with Vidalis, discussing the security specialties of Blue Force Global, and the global security framework. “Our insight into how threat groups think and operate, while understanding their networks and resources to execute their deeds, is based on years of experience in our tradecraft. To understand and mitigate the threat, you must have experience in that ‘space’,” says Vidalis.

Vidalis holds a Master’s in Conflict Analysis and Management with specialization in Political, Ethnic and Security Issues, and in 2008, he commenced his doctoral studies at the University of British Columbia, researching the Impact of Culture on Western Security Strategies and Terrorism. As a former Officer of the Canadian Navy, Vidalis served in Canadian Naval Special Operations Forces, and acquired expertise in maritime counter-terrorism, mine warfare and explosive ordnance disposal, and while he left the navy for a period of five years when he served as a police officer, he was back in active duty within weeks of the attacks of 9/11. “Following 9/11, I was approached [by the military] due to lack of officers with my experiences. I had a background in naval special operations. I rode my previous company into a new partnership with former RCMP security engineers in B.C., and I delivered specialized training and security risk assessments primarily to the maritime sector,” says Vidalis.

“When you look at sea, air and land, they are different environments. Most will naturally look at these environments separately, but we look at it as one domain. We also look at the client and the community around them – one domain. We approach our projects from a community perspective – one domain. We have found that the common approach by many security practitioners is to isolate and operate in silos. The negative effect of operating in silos means that your neighbours don’t know what you’re doing, how you’re operating, and your capabilities. We approach the security challenge more globally. Through our one domain approach, we are able to develop a product, and identify those mitigation systems to specifically meet the need of the client and to enhance the security around them as one domain,” says Vidalis.

To exemplify how Blue Force Global differentiates from other security consulting firms, Vidalis returned to his early days of training in the naval special operations branch, drawing a clear distinction between security services “generalists” and “specialists”. “As diving specialists, we mastered the capability to swim for great distances using a diving apparatus called ‘rebreather’. The unique characteristic of the rebreather is that it does not discharge air bubbles into the water, making the diver invisible from surface detection. One of our roles in the fleet was to exercise the fleet’s ships and port security forces in defending themselves from diver attacks. We would covertly dive and attack our ships by placing [inert] explosive devices, and forcing the ship’s security organization into a higher threat level,” says Vidalis. As security consulting specialists, Blue Force Global truly understands the threat, risk and vulnerability, and offers the best capabilities to develop a mitigation system designed by those who have real world experiences. “As you can appreciate, if the client wishes to mitigate the threat from a diver-borne attack, it is imperative that the consulting firm possess specialized expertise in this field. The challenge for the client in need of such a marine security service is one of discerning whether or not the selected firm are ‘generalists’ or ‘specialists’,” says Vidalis.

With 90 per cent of Blue Force Global associates holding post-graduate and PhD degrees with defense and security focus, the company consults on security issues with corporations and governments, providing both field expertise and the academic understanding of the issues.

“We have the understanding of the society in which clients operate. You have to understand the culture, and the subculture of those who represent a threat. We don’t just look at delivering a service based on the client’s perceived needs. We look at the risks that the company or organization possesses, and we look at their vulnerabilities. We piece the information together and look at cultural impact and human terrain, consider suitable technologies, and then piece and deliver our product,” says Vidalis.

Vidalis focused Blue Force Global consulting on threats regarding explosives, and even the company continues to broaden its fields of expertise, the explosives-centric model still stands at its core. “We focus on explosives’ threats — conventional or improvised. Post 9/11, there were very few who understood and who operated in this space. Recognizing there’s a tremendous need, I established Blue Force Global to expand the capability, understanding and services, and enlisted the support of my former colleagues and new associates,” says Vidalis.

The military environment saw a significant change in warfare organizations, with more private companies and corporations getting involved and supporting the military with their auxiliary services and systems. According to Vidalis, the U.S. saw growth of large companies providing logistical support to their forces in order to optimize the capability of combat forces. “We have noted a number of national and multinational firms whose primary offerings related to logistics, engineering, IT, or finance enter the security sector.  Though many of these types of firms offer ‘risk management’ services, they are not borne from the same realm of experience that define the security services we offer; borne from experience related to conflict, crime, human suffering or natural disasters,” says Vidalis

To provide the most to its clients, Blue Force Global built relationships and affiliations with other professional security services and technology providers, creating new security solutions in energy security, transportation security, infrastructure security, and a capability to cross over into environmental security. “From the technology sector, we are driven into the fusion of orphan technologies such as advancing the development of a laser explosive detection system [to improve airport security in their ability to detect any trace elements of explosives on luggage without touching the baggage]. This new system will be able to detect explosive traces non-intrusively and at a distance.

The company also works with Sterling Cross Defense Systems to introduce innovative products such as environmentally safe ammunition and a new body armour for military and law enforcement officers, and Blue Force Global is also affiliated with ATLAS ELEKTRONIK — Canada, a joint company of the ThussenKrupp and EADS, with expertise in the maritime environment, such as remotely operated and autonomous underwater vehicles (ROV, AUV), command control and maritime security systems. “Those technologies have a play in the services we offer. We are affiliated with companies that support our capabilities and where we can support them,” says Vidalis.

Blue Force Global worked on projects such as a study for the federal government of Canada, Defense Research Development Canada and Public Safety Canada in 2010/2011. In this study, Blue Force Global was brought in as maritime security subject matter expert, assessing Canada’s borders, and working with a number of stakeholders to recognize their perceived threats, environmental challenges, and obstacles, with a focus on surveillance and monitoring of the Canadian maritime borders.

The company provided security consulting to the 2010 Vancouver Olympics, from a maritime security perspective in order to protect a high value asset. The company has also been providing consulting and threat management training service to one of the world’s largest passenger ferry transportation systems for the past 13 years and has provided investigations of bombings, and threat management training for electrical utilities.

While abiding to the company rule to remain a blue force to the free world, the company provided services in Colombia, and is currently in discussions with a Southeast Asian government to enhance security for the region’s maritime environment with significant commercial traffic. “Of course, this particular country has friendly and cooperative relations with Canada,” emphasized Vidalis. “You have to understand what happens if you follow a certain path, and consider the potential collateral damage. The only thing we truly own is our name, and it’s critical for us to protect it.”

In 2012 Blue Force Global was approached to assist on numerous domestic and international projects with other firms in the areas of border security (penetration testing), marine security exercise development and evaluation, environmental remediation of submerged military munitions and, most recently, prepared the movement and support of marine technologies and personnel in support of Hurricane Sandy recovery efforts for the New York Harbor survey and clearance. Blue Force Global has also been approached by one of the largest electric utility producers in Eastern Europe to assist in delivering strategic security plans related to information security and physical security.

The company expects to remain at its current project delivery levels, focusing on quality rather than quantity, and fostering its name with friendly governments and corporations. However, once the company’s new technologies are developed, and market-ready, the company plans to either launch additional business verticals, partner with a distribution company, or both. The five core pillars of Blue Force Global – security consulting and management, training, special operations, technology fusion, and the think tank – provide many domestic and international opportunities to utilize these core competencies.