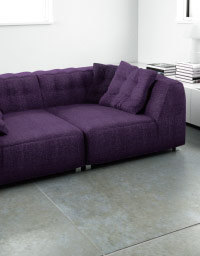 Located in Kitchener, Ontario, BNE Contractors Inc. specialises in concrete flooring solutions — everything from cleaning, enhancing and restoring, to repairing, resurfacing and even decorating.

BNE Contractors was founded in 1991 by Eckhart Reichenbach, a gentleman who came from an epoxy coatings background. Reichenbach started by operating out of his house, where installers would come over, load up equipment from the chicken barn and dispatch. When the business began to grow, Reichenbach and his wife moved out of his house because they needed space from the bustling business. After 19 years, BNE Contractors is well beyond the mom-and-pop shop—and has long since moved out of the Reichenbach residence.

A lot has changed in the concrete flooring industry since BNE began. While the porous nature of concrete had been rectified by acrylic, epoxy and urethane coatings—making floors easier to clean—facilities managers grew tired of maintaining said coatings. With regular wear and tear, coatings would debond, discolour, mar, scratch, trap dirt and lose their aesthetic gloss. Regularly stripping and re-coating the floors became costly and time consuming.

In 1999, Reichenbach recognised this problem and wanted to explore other opportunities. When he went to manufacturers with his idea—changing the concrete formula, sanding it and applying coating—they told him they were already working on it. In 2001, that idea, now called polished concrete, came to market and was an instant hit for its durability, low cost, aesthetics and cleanability. “Polished concrete is now our main stay,” says Chris Henderson, President of BNE Contractors. “It represents approximately 50 per cent of our business.”

The other part of the business still includes epoxy coatings, as well as concrete restoration, resurfacing and flooring removals. “Our customers are mostly in industrial commercial and institutional sectors,” Henderson adds. “We do a lot of work for general contractors, whether tendered, design-build or direct to the end client.”

‘Our advantage is our people’

Henderson came to BNE Contractors in 2004 and is now full owner of the company. When asked about the company’s success, he attributes it to his team. “Our advantage is our people,” he says. “When I came on board, I recognised Eckhart’s visionary strengths—he put the company on the map—but I also saw that we needed management to take Eckhart’s thought to action. We began to put the best people in every position that involves decision making and supervising, and we changed the culture to prioritise accountability. We were finally able to implement sound practices and standard operating procedures and know they will be followed through at all levels.”

Reichenbach is still at the company, but he stepped down in December of last year after he sold the company to Henderson. “Eckhart is an estimator here now,” Henderson adds. “He still loves to close the sale and be in front of the clients, but he doesn’t want to manage people, or be responsible for profits or losses.”

Even for a nine-year-old product, polished concrete still has a novel appeal. After all, switching to polished concrete means facility managers no longer have to strip, clean and re-wax. “In addition to saved time, cost savings represent $1 per square foot, per year,” says Henderson. “Factor that into a 60,000-square-foot school and that is $60,000 per year in cash savings.”

It is this relative novelty that kept BNE Contractors afloat in the global financial crisis. While its industrial projects have taken a dive (down 30 per cent from last year), BNE has made a shift into more commercial and institutional jobs, due to infrastructure stimulus dollars. “We haven’t seen the recession like other trades have,” assures Henderson. “Unlike ceramic or epoxy, our product is still in demand.”

Henderson concedes that some polished concrete competitors have folded up in the last year, but that’s because they didn’t have the right marketing approach. “One of the things you have to continue doing in hard times is marketing,” he maintains. “A lot of the smaller guys have closed their doors, but that has been a great opportunity for us. We’re forecasting 15 per cent growth this year. That’s due to a growing industry and fewer competitors.”

As BNE Contractors expands, Henderson has plans to form a partnership in the United States to increase market reach. “But in the meantime, our focus is on getting corporate clients that want us to do all of their work across Canada. IKEA, for instance, is a big corporate client of ours and we work for them across the country. We have to be willing to do that to secure the work.” As polished concrete proves itself as a durable flooring solution with an aesthetically pleasing finish, BNE will certainly see continued success for years to come. 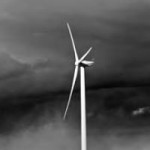