The company announced a production halt in December following the two deadly crashes and a lengthy investigation into the onboard computer software.

Calhoun says the U.S. plane manufacturer isn’t considering scrapping the Max and in fact expects it will continue to fly for a generation. He also said it won’t launch a marketing campaign to get customers to get back on 737 Max planes.

Boeing plans to reboot with a “clean sheet of paper” on a new midsize airplane but it is not clear if the company is scrapping the existing design and/or the actual name.

The company believes regulators could approve the plane’s return to service in the middle of the year. 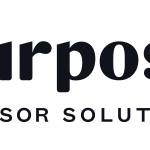