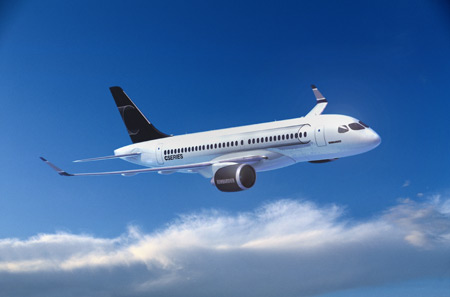 CBJ — EgyptAir has signed an initial order for 12 Bombardier CSeries jets, marking the Canadian plane maker’s second deal for its largest planes this month. It seems as if it’s either feast or famine as the two deals end an 18-month drought of no sales of the aircraft.

The two orders, the other for 31 aircraft from an undisclosed European buyer, are expected to be finalized by the end of 2017, a senior Bombardier executive said.

The two agreements, which total 43 firm CSeries orders, are expected to generate momentum for the narrow-body jets and follow an October decision by Airbus SE to take a majority stake in the plane program.

Meanwhile in Dubai, Ethiopian Airlines’ chief executive said he would decide next year whether to buy CSeries or Brazil-based Embraer’s E-jet series as a replacement for its Boeing’s 737-7.