The Global 7500 business jet earned its type certification from Transport Canada in September 2018, followed by the U.S. Federal Aviation Administration (FAA) in November 2018, both within only 24 months after the first flight of FTV1. The aircraft entered service in December 2018.

The Global 7500 aircraft offers not only its signature smooth ride, but also an elevated cabin experience, with spaciousness that is unique among business jets, and its award-winning interior featuring a full-size kitchen and four true living spaces. The Global 7500 aircraft also debuts Bombardier’s patented Nuage seat, which was meticulously designed for maximum comfort and will be exclusive to the new Global family of aircraft.

About Bombardier
With over 69,500 employees across four business segments, Bombardier is a global leader in the transportation industry, creating innovative and game-changing planes and trains. Our products and services provide world-class transportation experiences that set new standards in passenger comfort, energy efficiency, reliability and safety.

Headquartered in Montreal, Canada, Bombardier has production and engineering sites in 28 countries across the segments of Transportation, Business Aircraft, Commercial Aircraft and Aerostructures and Engineering Services. Bombardier shares are traded on the Toronto Stock Exchange (BBD). In the fiscal year ended December 31, 2017, Bombardier posted revenues of $16.2 billion. News and information are available at bombardier.com or follow us on Twitter @Bombardier.

Notes to Editors
Follow @Bombardierjets on Twitter to receive the latest news and updates from Bombardier Business Aircraft.

Bombardier, Global, Global 7500 and Nuage are registered or unregistered trademarks of Bombardier Inc. or its subsidiaries. 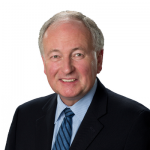