Home | Features | May 16 | Bootstrapping vs Funding: Is it a Generational Thing

Dominic Mazzone is a serial entrepreneur, international speaker, author, and Canada’s digital guru. Through Smashbox Consulting he is constantly advising businesses on dominating their industries through digital transformation. His book Digital or Death, has been read and chosen by some of the top business leaders globally. Dominic is a constant champion of entrepreneurship and is helping tomorrow’s leaders as an Executive-In-Residence at the Ivey School of Business.

Bootstrapping vs funding was never a question that entrepreneurs had to ask. It was always bootstrapping no matter the size, stage, or business concept. However, that has changed in this generation of venture capital, crowdfunding, and everyone else looking to cash in on the next hot idea. Every time we speak with young entrepreneurs about their business ideas, more than 50% of the time they tell us that their model is predicated on finding funding. When we ask what a Plan B would look like without funding, the stuttering begins and dissolves into mumbling.

Great funding can be fantastic for a great concept and a great entrepreneur. What many entrepreneurs don’t realize is that it can also be a crutch, a de-motivator and sometimes even a nightmare. Funding is not free money — it’s fee money and all of that money can come with a combination of debt, loss of equity, a partner you never wanted, and sometimes, just plain old fees. Mazzone believes the following:

Funding Addicts: Is The Supply is Drying Up?

This is not to mention whether or not you can actually get funding, because we are now coming out of what you might call a super cycle of funding. In fact, Pitchbook reported that their analysts see 2014 up to the beginning of 2015 as a peak for the venture capital industry. Though the numbers looked good, the second half of 2015 started a decline that could go well beyond 2016. That’s concerning to say the least and something all start-ups looking to raise capital should pay attention to. This is also a clear sign that the real viable business models are going to start being separated from the fluffed up trash.

Funding is Brilliant When the Bootstrapping Was Brilliant

There is something that comes with bootstrapping that can’t be replicated. Call it experience, grit, drive, desire, tenacity, it really doesn’t matter. Overall, it’s the experience with the model and all of the know-how to be able to take capital and create exponential results. A wise woman once said that money makes you more of who you already are. The same could be said for business. Money can make a great business model absolutely soar and conversely, it can take a bad one and eventually expose all its issues. It’s important to note that rarely does money fix a bad business model and that’s why the smart and steady money bets on recognizable stability vs hope. Funding a great business model and team that has shown a potential to generate cash flow and growth on a consistent basis, is the difference between fledging and flying.

It’s easy. Take an idea, work on it night and day and absolutely bootstrap the heck out of it until it shows promise. Then, keep hammering at it without funding until it gets to a point where they know the money will actually make a difference. In fact, we continually see more seasoned entrepreneurs going down this route even though they have access to money. Why?

They’ve learned that it all comes with a price.

They’ve learned that if the model can’t stand on it’s own, it probably won’t do much better with an injection of capital.

They know what it’s like to take something from nothing, bring on funding too early and get too diluted.

Let’s repeat that. The seasoned entrepreneurs that have already built more than one business don’t look for funding as their first choice for launch or growth. If the experienced entrepreneurs aren’t counting on funding, the rookies should be paying attention.

We hear everyone running around and talking about the Lean Start-up Model as if it was something new. Conceptually it’s not, as this has always been the natural course of the knowledgeable and common sense entrepreneur from a generation past. Lastly, we believe that some of the best innovation comes from a lack of funding. We believe it, and spoke about it at length in the article, “Is Money an Innovation Killer?”

So take the time, push like hell, flush out your model properly and proof it out before thinking about funding. You just might find that you end up with a more honed business model as a result of all that bootstrapping, and probably more ownership of your own company.

Dominic Mazzone can be reached at www.smashboxconsulting.com 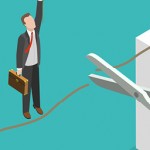 Mistakes Businesses Make in a Disaster