CBJ — German prosecutors have fined auto parts and technology company Bosch about US$100 million over its role in the diesel emissions scandal that erupted at Volkswagen in 2015.

Prosecutors in Stuttgart said the company was fined for a negligent violation of supervisory obligations, and that the company had decided not to appeal.

Bosch delivered millions of engine control systems that were installed on various manufacturers’ cars starting in 2008 and whose software, in prosecutors’ words, “contained in part prohibited strategies” — leading to cars emitting more nitrogen oxide than permitted by regulators.

Bosch agreed to a $327.5 million civil settlement in the United States for supplying emissions software to Volkswagen, Audi and Porsche vehicles that enabled cheating on diesel emissions tests. 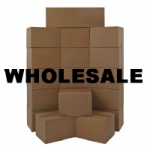