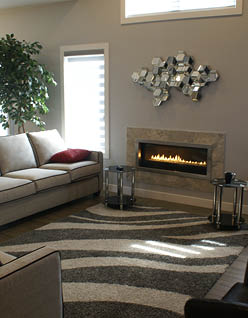 Builder for the Generations

For nearly 70 years the name Boychuk Homes has been synonymous with homebuilding excellence throughout the city of Saskatoon and beyond.  It’s a trend that continues to this day, with Boychuk Construction being honoured with the Consumer Choice award for a builder in Saskatoon for four consecutive years, including 2014 and dating back to 2011, which is an amazing feat for any company to achieve.

From Day One, the company has been a family owned and operated business that began with Mike Boychuk in 1945, when he received his first housing permit on Lansdowne Ave in Saskatoon.  Two years later Boychuk incorporated his passion into a certified business, and from there it has been 67 years of incredible homebuilding
success. Boychuk Homes is the oldest homebuilder in Saskatoon and it’s believed to be the longest continuous homebuilding company throughout the entire province of Saskatchewan.

Mike Boychuk passed away in 1992.  Since then, the day-to-day operations have been handled by his son-in-law, General Manager Ron Olson, who is now in his 35th year with the company, having come on board in 1979. Olson says he learned a great deal from Boychuk’s wisdom and experience during his early formative years with the company, and since then he and his professional staff have effectively built upon its vast portfolio and strong reputation in the community at large.

“I still have the first permit on my wall in the office that Mike took out,” Olson proudly states.

To quantify Boychuk’s profound impact on the province’s largest community, a major thoroughfare has been named in his honour for all his many contributions throughout the years in literally helping mold the city’s beautiful landscape.  Both Boychuk and Olson are enshrined in the Saskatchewan Homebuilders Hall of Fame, with the latter receiving the honour in February, 2013.

Boychuk Homes employs 14 people in the office, but contracts and sub-contracts dozens of other professionals and tradespeople in the field. Prior to 1990, the company carried more than 150 employees in Saskatoon including the likes of carpenters and electricians, which is no longer the mode of operation.  It’s far more efficient to contract that work out, including supervisory positions, leaving the enterprise much more nimble for movement based on market demand, allowing for quicker response time.

Throughout its business history, Boychuk Homes has successfully transcended with the times and remains to this day a leader in the homebuilding industry. Once again, Olson credits the company’s founder with leading the company down a good forward-thinking path.

“Mike had a very long term view of development in the city and he acquired lands in and around Saskatoon,” he says.  “We’ve now used up most of that land.  Rosewood is land I purchased.  Secondly, it’s the people. We have some staff that has been with us for over 40 years now and still very excited about their job.  We have very experienced people and I have a policy that I will hire experience whenever I can, including retired people.  I just hired a former city land manager to do work on the land development side. With the experience and contacts he has, it makes him very productive on a daily basis.  We’ve hired people from the city and provincial bodies such as SaskPower and SaskEnergy.”

Additionally, Olson and his staff are sincerely appreciative of the many sub-trades and suppliers that Boychuk depends upon each and every day, which makes the company as successful as it has been throughout the years. It’s that cohesive, cooperative team effort that Olson believes is what makes the final product second to none.
Right now about 70% of Boychuk’s business comes through home construction of single-family  dwellings and about 30% are multi-unit homes, but that percentage will shift as time goes on.  During the company’s history, more than 7,000 homes have been completed.

“With condo development, we target the upper end of the marketplace because there is too much competition in the lower end,” Olson notes. “It’s not that we’re afraid of competition, but your uptake is much better on the higher end because it’s a smaller market.”

Boychuk Homes carries its own distinctive architectural design characteristics, making it quite easy for the educated eye to see that it was their work that has been stamped on a certain project. The uniqueness of design is something Olson says is inherently important when it comes to differentiating his company from all others, enhanced by the fact they develop their own plans in-house.

“We lay out the site and do the interior floor plans as well as the exterior treatments and elevations,” he says. “We drive that process. The house look is always more traditional and we never look to be on the front end of the so-called more modern look unless we build custom, because we of course build whatever the person wants. But when designing our own projects we tend to be more traditional in terms of the look and treatment of the exterior.  It seems to be a more successful approach.  We find the people who are 55-plus are looking for a more traditional look. We are building to our market.”

Make no mistake this is a business sector that requires a tremendous level of daily attention to detail. On the construction side, Olson also oversees the process, but tends to be much less hands-on, preferring instead to leave it in the very capable hands of Ken Redekopp, his trusted and experienced construction manager on the team.

Despite the necessity of fulfilling hectic daily obligations as general manager, there is also a crucial advocacy aspect to this industry that requires professionals such as Olson to take a lead role, especially when dealing and negotiating with various government bodies and their many permits, rules and regulations.

“I just came off a stint as President of The National Canadian Homebuilders,” Olson mentions. “I travelled extensively across the country for the past couple of years.”

Of special consequence is that with Olson at the helm, it marked the first time the president of the association came from Saskatchewan, which indicates the level of influence he has managed to cultivate not only within his home province, but a widespread respect he and Boychuk Homes have earned. Advocacy for the industry at this level is an integral aspect of success and something Olson and his peers take very seriously. Needless to say, a lot goes on behind the scenes that reach far beyond just the building of the homes. The sector is a major key contributor to the national gross domestic product on an annual basis.

“Homebuilding, taken together with renovations, is the largest industry in Canada – larger than automotive, mining and oil and gas,” Olson reveals. “When monetary policy is set, the homebuilders are one of the first on a list of important of companies that the government will reach out towards.”

Community involvement is another area where Boychuk Homes has always been a leader. There are about six or seven organizations the company contributes to on an annual basis, including the Children’s Wish Foundation, and ongoing funding support for the children’s hospital. It’s that type of community generosity and friendliness within the community which has developed a strong bond between the company and the citizens of Saskatoon.

“Mike (Boychuk) and Mary, my mother in law – who is 97 now – were great supporters of the University Hospital here in Saskatoon,” Olson says.

A major collaborative undertaking that Boychuk Homes and other key businesses have been involved with is a 680-acre project called Rosewood, the city of Saskatoon’s first green-themed neighbourhood. The initial groundwork was laid in 2006, with Boychuk Investments as the lead developer. It comes with 65 acres of wetlands, which are co-managed by the city along with Ducks Unlimited and also the Wildlife Federation and is the largest wetlands project within the boundary of any city in Saskatchewan and most of western Canada.

There are a series of natural lakes that have been landscaped extensively in Rosewood. Additionally, wildlife tours will be available during the summer months, managed by Ducks Unlimited and the city of Saskatoon.  The entire subdivision is linked to the wetlands by a series of parks and walking paths, allowing citizens to either walk or bike directly to the wetlands nearby, offering up a beautiful, picturesque view that truly embodies the very essence of nature. Not only do the wetlands provide green space and enjoyment for Rosewoods’ residents, they efficiently work as a natural drainage system, filtering and diverting storm water for the entire subdivision. A community center, schools and ball diamonds are also part of the development.

“We’ve strategically located a commercial site so that you can walk to and have access to virtually all of your needs without having to drive a car,” Olson notes. “We’ve also encouraged builders to go green on their housing construction. We, for example, are building the first Energy star condo project right now in Rosewood.”

The entire subdivision is now about 50% finished. The landscaping of the wetlands park is essentially completed. It will likely be another five to seven years before the entire project is fully completed, which gives one a sense of the magnitude of this massive project, which, when finalized, will be part of an already impressive portfolio that includes such neighbourhoods as College Park, Wildwood, Lakewood and Briarwood. A homebuilding company couldn’t ask for a better location from which to do business.

“Saskatoon being the growth area that it is and Saskatchewan generally with its economy being one of the strongest in Canada this is the place we want to put most of our resources,” Olson remarks. “We have built in Alberta in the past in Edmonton, Red Deer and Lethbridge as well as Regina and Prince Albert here in Saskatchewan but at the present time we are only building in Saskatoon. Expansion is not totally out of the question, but certainly in the coming years we’re looking at this area as the best place to do business.”

Boychuk Homes is able to maximize its business potential locally, so there’s not a pressing need to consider moving beyond those boundaries for the foreseeable future, because it’s one of the hottest spots in all of Canada for real estate development.

“Land development and housing is an exciting business,” Olson says.  “To see development take place on lands where you were involved in the planning process is very satisfying. Credit also goes to our shareholders Fred Boychuk and my wife Honya, who is a retired school principal. They support the initiatives that we take in order to keep it moving forward. We treat our employees as family and being a family company it’s been a natural thing to do.”

The homebuilding industry is currently very robust in Saskatoon.  According to figures from The Conference Board of Canada, Saskatoon ranks right up alongside Calgary in terms of per capita growth.  It’s a trend that is expected to continue through the duration of this decade.