ROCHESTER, NY–(Marketwired – Aug 31, 2017) – Whichcraft Brews is the newest brewery to hit Rochester, N.Y. It boasts over 55 taps, original brews with witty names like “Don’t Fear the WIPA” and an in-house food truck serving up a delicious and imaginative menu. And it’s just one of many new and exciting craft beverage options to find its home in Upstate New York. The area has seen a surge of craft beer and beverage businesses cropping up over the last few years.

Just across the Canadian/N.Y. border sits 810 Meadworks, New York’s first meadery. This completely unique experience (and drink) brings to life the history of one of the oldest drinks in the world. Described as more versatile than liquor, beer or wine, 810 Meadworks will introduce you to mead, and make you fall in love with it in one fell swoop.

Back in Rochester, N.Y. lies a thriving craft beverage industry, home to every kind of cold one you could desire. From the Genesee Brewing Company, one of the oldest continually operating breweries in the U.S.A. and a Rochester staple, to Rohrbach’s Brewing Company and CB Craft Brewers, two of Rochester’s oldest craft breweries. They’ve been brewing local since the 90s — way ahead of the curve. Rochester is also home to Black Button Distilling, the first grain to glass distillery in the area since Prohibition.

Further east along the shores of Lake Ontario lies the aptly named Lake Ontario Wine Trail — but don’t let the name fool you. The Trail is home to five wineries, two cideries, one distillery, and (bonus) five farm markets. The area is known for its apples, and locavores can sample the best of the best at Apple Country Spirits, a distillery known for its apple vodka, Embark Craft Ciderworks, an orchard turned cidery, or Old Goat Cidery, the newest edition to the Apple Shed Farm Market.

In the Southern Finger Lakes, you’ll find enough craft beverages to fill one of the lakes (the smaller ones, of course). GRAFT Wine + Cider bar is a unique combination of wine, cider, restaurant and bottle shop. The menu changes every night, so it’s perfect to try again and again. There’s also Finger Lakes Distilling, the largest distiller in the region and a certified New York State Farm Distillery — known for its bourbon and whisky. While you’re in the area, check out the Craft Your Own Adventure trail, a self-guided craft beverage trail that winds its way through the Southern Finger Lakes for a completely unique and delicious experience. There are also wineries aplenty for the vino lovers — from the national renowned Dr. Frank’s to the historic Pleasant Valley Wine Company. There’s a varietal for everyone.

In the pre-prohibition era, Central New York was the number one producer of beer in the United States. Brew Central aims to bring that back. Touted as “America’s Craft Brew Destination,” the trail is home to over 35 breweries throughout New York State, along with 21 wineries, 10 distilleries and 5 cideries. Stop by the Brewery Ommegang for their Game of Thrones-themed beer, or Empire Brewing Company, a brewery located in the heart of downtown Syracuse. Critz Brew and Cider has handcrafted farm-to-glass ales and ciders, and 1911 Spirits is an orchard-turned-cidery known as much for their hard apple ciders as they are for their apple cider donuts. Suffice to say, if you want it, Brew Central has it.

Whatever drink strikes your fancy (and there’s plenty to choose from) Upstate New York is the perfect place to welcome fall to town with a cold one in hand. Plan the rest of your visit at www.crossbordershowcase.com.

The Cross Border Showcase travel program encourages and entices Canadian visitors to explore deeper into New York State. The program showcases a unique collection of attractions and experiences that are all comfortably within driving distance from the Canadian border — beginning in Western New York, Rochester and the Finger Lakes region to well into Central and Northern New York. The program’s partners include accommodations, shopping destinations, family and four-season recreational activities, communities and tourist-friendly businesses. Many of the partners offer discounts for Canadian visitors. Current offers, information and destinations can be found at www.CrossBorderShowcase.com and by following the program’s Twitter or Facebook. 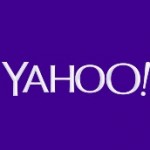