Ottawa ON, June 29, 2020 (GLOBE NEWSWIRE) —  Ottawa, June 29, 2020 – Consumer confidence is on the rise in Canada. The Conference Board of Canada’s June Index of Consumer Confidence shows a broad improvement across all regions of the country as provinces and territories reopen from COVID-19 imposed lockdowns. The Index of Consumer Confidence rose 16 points to 79.7 in June.The Conference Board’s Index of Consumer Confidence now stands at two-thirds of its pre-COVID level of 120.6 and has recovered half of its COVID-induced losses.“These results show a marked improvement from the record low in consumer confidence observed in April,” said Pedro Antunes, Chief Economist at the Conference Board of Canada. “What’s especially encouraging about the June results is that they are broad-based and show a positive consensus forming nationally.” Consumer confidence improved across all regions of Canada in June, with British Columbia recording the largest monthly increase among provinces, up 23.1 points, and Ontario posting the smallest rise at 9.3 points.Canadians’ feelings about their future job prospects improved in June throughout Canada. The proportion of Canadians who said they expect better job prospects in the next six months increased to 18.7 per cent, its highest rating since March 2010 when Canada was emerging from the recession and financial crisis of 2008/09.Buoyed by a positive outlook on employment, the number of Canadians that believe now is a good time to make a major purchase rose to 20.4 per cent in June, up 5.8 percentage points from May.However, while Canadians have a rosy outlook concerning their job prospects, they remain concerned about their current financial situation as the country emerges from the global COVID-19 pandemic. This concern has translated into cautious spending as households are holding back on major purchases in the near-term. While the proportion of Canadians who feel pessimistic about major purchases declined to 57.5 per cent in June, the figure is still higher than its peak during the 2008/09 financial crisis (54.3 per cent). This shows that Canadians remain cautious about making major spending decisions.The index is available on our website, here.The Conference Board of Canada is the country’s leading independent research organization. Our mission is to empower and inspire leaders to build a stronger future for all Canadians through our trusted research and unparalleled connections. Follow The Conference Board of Canada on Twitter @ConfBoardofCda Media Contact:The Conference Board of Canada[email protected] 613-526-3090 ext. 224Corp Comm
The Conference Board of Canada
6135263090 ext. 224
[email protected] 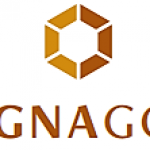