The Canadian Business Journal recently spoke with Brunswick Engineering Founder and President Stephen Perry about the tremendous success his company has achieved during its first five years in operation. Prior to launching the company Perry had worked for a consultant and it was one of the clients who in turn hired Perry to look after his paving and aggregates after being thoroughly impressed by Perry’s excellent project management skills and ultimately the results. Perry moved into the construction realm for a couple of years and began taking on consulting projects in-house, which eventually snowballed into Brunswick Engineering becoming a third-party consultant working under the main contractor.

“It’s been a long, winding road to where we are at now. There were just three of us when we started in 2012 and we’re now up to 15 full-time and seasonal staff,” states Perry, whose company celebrated its fifth anniversary in March.

“I have another engineer with a similar background to mine with just a couple years less experience,” says Perry. The team also includes a junior geological engineer, two civil technicians as well as six civil engineering technologists and administrative staff.

By his own admission, Perry does not work well in a big corporate structure and that was more than enough incentive for him to venture out and start his own business. Larger companies tend to overlook the smaller players and because Perry serves a smaller market he saw it as a fabulous opportunity to immerse himself with the so-called ‘mom & pop’ operations that often don’t want to deal with the large corporations and the bureaucratic red tape that comes with it.

The portfolio of projects at Brunswick Engineering is extremely diversified, including commercial, residential and industrial offerings.

“We go right across the board. It may be dealing with the everyday guy building a house right up to fertilizer plants, industrial settings and retirement facilities,” says Perry. A large corporation in Eastern Canada that Brunswick Engineering has done a considerable amount of work with is Shannex Retirement Living, which is in the midst of a sizable expansion plan moving as far west as Toronto and other parts of Ontario.

“These guys put up $70 million complexes. The campuses have different levels of care such as the nursing homes, the special care, the memory care and traditional living. We look after everything from municipal design to site layouts and grades, material testing during construction, supervision and survey layouts,” says Perry.

As part of the development on a number of substantial projects, Brunswick Engineering routinely works alongside other engineering companies providing complementary services such as work done with structural engineers in assisting them with the material or the geo-technical expertise of a project.

“We could be on the Department of Transportation bridges, highways or local municipal streets. We deal with all three levels of government – municipal, provincial and federal,” notes Perry.

A fundamental advantage is that many members of the Brunswick Engineering team have previously worked for other consultants and it provided an opportunity to rekindle those existing networking ties. As an example, Maritimes & Northeast Pipeline is a main gas line in New Brunswick and Nova Scotia and it is Brunswick Engineering that manages all their databases, thanks in large part to a sound level of networking by Perry and his associates.

When Brunswick Engineering is out in the field testing soils Perry says the team is on the lookout for elements that are ‘Mother-Nature placed’. “With native soils we go in and assess the soil conditions to see if they are suitable to put a structure on it. If it’s not suitable we will make recommendations on what needs to be done to get the structure up,” he says. Back in the laboratory the Brunswick Engineering team is able to verify observations and test for different mechanical properties and physical properties of the soils to be able to better understand how the soil is going to act under different loadings and anticipate is the soil going to settle and handle the loads or fail. Neglecting to carry out such procedures can lead to all sorts of misfortune.

“That’s why we have the Leaning Tower of Pisa,” jokes Perry.

There could be upwards of 10 different tests that Perry’s team will conduct on the aggregates with a checklist, which come from various authorities such as the Department of Transportation. In assessing aggregates it comes down to examining more of the man-made products or processed products for the different roads – asphalt, concrete; all of the aggregates that are produced to some degree. Brunswick Engineering will assess the different aggregates to ensure that they’re going to be compatible with the intended use, i.e.: is the material strong enough and be able to sustain strength during freeze-thaw cycles or break down prematurely?

“We need to determine if it’s a suitable material for its intended purpose. There are a multitude of tests that we have to put the aggregates through,” confirms Perry.

During the first few years the predominance of business for Brunswick Engineering was in Saint John and its surrounding area, but over the past couple of years the company has significantly expanded its reach to Moncton, Fredericton and most anywhere in between.

“This year we’re finding that we’re all over New Brunswick and we have some work in Nova Scotia and a couple projects lined up in PEI. We are licensed in New Brunswick, Nova Scotia and Newfoundland so we can legally provide engineering services in those in those provinces,” reveals Perry.

Perry invoked a conscious approach to grow his company at a conservative pace in order to maintain complete control and maximize efficiencies while ensuring that the current list of clients continue to be well-served. “Anyone can get a new client, but you need to retain your current ones that offer repeat business. If you don’t keep your clients happy, someone else will,” he states.

A particularly exciting and rapidly-expanding segment of the business at Brunswick Engineering is in Unmanned Aerial Vehicle (UAV) services, which provides the absolute best in aerial mapping and surveying. The technology is a cost effective and efficient method of quickly obtaining high-quality data. With its state-of-the-art technology Brunswick Engineering is capable of surveying 0.26km2 per flight with sub-centimetre precision when using ground control points.

It was about 18 months ago when Brunswick Engineering purchased its first UAV, followed by a second purchase about six months later that came equipped with more sensors and advanced capabilities. Perry has since put in an order for the next generation as a means of always staying one step ahead. He says the timing for getting into the UAV business could not have been better and even with some growing pains, it was all worth it.

“All our pilots go through a week and a half long course. We’ve gone through Transport Canada and we have all our permits in place and we’ve proven our technology is safe,” says Perry.

Brunswick Engineering markets itself as an engineering company that provides this UAV service.

The UAVs are most often used in large pits and quarries that are otherwise difficult to navigate. Contractors have stockpiles, which is inventory. It is critical for those companies to know exactly what they have in terms of available materials. With the old GPS methodology and about 20 survey points it means a lot of guessing. Rather than climbing up a stockpile and guessing, Brunswick Engineering creates a million data points.

“The biggest benefit is it could normally take up to a day or two depending on the stockpiles at any given quarry but we can do it in 15 minutes. We totally map the entire surface of the stockpile and can generate 3D models. It’s 20 points versus one million points – there is no comparison,” says Perry.

Over the course of the next two or three years Perry envisions Brunswick Engineering moving more into Ontario, especially with the UAV business. Newfoundland and Nova Scotia are also high on the list, where there is a notable prominent demand for the company’s unique, unmatched services.

“We drive four and a half hours to the northern part of the province to do a 15-minute UAV flight and drive all the way home. There is value in paying us to drive for those nine hours to do 15 minutes of work because we do it faster, cheaper, with higher quality and it’s a lot safer,” notes Perry.

Brunswick Engineering is teeming with all types of comprehensive equipment but it’s the UAVs that are garnering the bulk of the attention in the news. It’s a billion dollar business and for the next five years there is a projection of a 25% growth in the sector. While there are other players in the same business space, they simply cannot compete with the superior technology that Perry and his team bring to the table.

Two months ago Perry was in California with a new prototype UAV that he has placed on order. He flew the prototype at the Oroville Dam on the Feather River, which let go couple of years ago. By his own recollection, Perry says the manufacturer wanted the craziest guy with the most experience flying the prototype because they wanted everything to go smoothly at such a high-profile site.

The combination of highly skilled and employees, innovative out-of-the-box thinking and a wide assortment of advanced testing equipment is what puts Brunswick Engineering a step ahead of the competition. The first five years of hard work and dedication have reaped tremendous rewards.

“We’ve been fortunate to have grown in size and revenue every year,” says Perry. “We fully expect that trend to continue.” 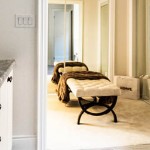