Buckle up – Turbulence Ahead

Michael Kavanagh is Senior Manager with Ariem, a firm that specializes in advising small and medium sized businesses to improve operations, grow and increase profitability.

Last summer, after a meeting with an insolvency professional, he advised that he wasn’t busy. This was surprising given the reports of the very high consumer debt levels. He explained that when people approached him for a reorganization/filing because of high consumer debt, if they owned their residence, they were able to get refinanced. House prices had risen so dramatically that even with all the fees associated with this re-financing, they were able to extract enough to pay all the consumer debt and payoff the existing mortgage.

Generally, these people with all the burdensome consumer debt now dealt with, resumed their high spending.

Two Bank of Canada rate increases: While not much, it does signal that the low rates are over. Increased rates will increase the monthly debt payment.

The second factor: increased tests for mortgage approval as mandated by OSFI. The most significant is a stress test of adding two percentage points for uninsured mortgages. This will make it harder to qualify for a mortgage.

There is no mention of the Wynne initiatives but as usual these half thought out measures will cause more harm. Already the supply of rental units has decreased, and capped rental increases will not encourage building of new supply.

What all this means is that one of the main exit avenues for dealing with high consumer debt is now, for all intents and purposes, closed.

One hypothesis is that the Canadian economy has been largely bolstered by an unsustainable run up in personal debt (now at $1.73 debt/$1 of personal income) and an extremely large run-up of government debt at all levels. It has been reported that the Government of Ontario’s debt is in excess of $300 billion, which would make it the largest non- sovereign debt in the world.

Governments at all levels have been feasting on this run-up of spending and resulting debt whether it is the fees/taxes from real estate transactions or the consumption taxes from the increased debt fueled spending.

There are increased debt levels both personal and at the government levels, low savings rates and no incentive to cut spending or increase saving. What could possibly go wrong?

Several incidental factors, which not officially quantified, are cause for concern. In a report on several media outlets, insolvency professionals have noted a large spike in enquiries of late regarding personal restructuring proposals /bankruptcy. We will see if this is a seasonal spike or something with more dire consequences.

Additionally, anyone who has gone shopping or read news reports can observe the damage in the retail areas. The latest casualty is Toys R Us and of course, Sears Canada, but there are more stores closing every day. Malls and free-standing outlets have increased vacancies which is a relatively new phenomenon. While most media blame online companies such as Amazon for this carnage, another large factor for this is the tapped-out consumer for the closings/restructuring.

One area that has experienced growth is the automotive retail sector. Total sales are up 5.6%, year to date. This is impressive, however, in a recent advertisement OMVIC (the provincial oversight body) noted that nearly 50% of trade-ins have negative equity due to the extended loan terms (seven, eight and even nine years) taken out originally. This negative equity is added to the cost of the new car and the extended loan terms only makes the situation worse. This is not sustainable and is setting up for trouble soon.

Finally, consumers have less take-home pay as taxes at all levels have increased – well above the inflation rate. A recent report by the accountancy and insolvency firm, MNP reported that over 40% of consumers could not handle an extra $200 per month in extra costs whether it is taxes or additional mortgage interest. Governments still don’t realize that there is only one taxpayer.

All these factors could signal that we are in the early stages of a nasty recession. The low interest rates, which initially encouraged spending, now have painted both governments and consumers into a corner with little room to move. Rising interest rates, which central banks have either started or will soon, will only compound the problems.
Buckle up. There may be turbulence ahead.

For businesses, it is imperative to start the process now to improve balance sheet liquidity in order to ride out the anticipated downturns. With tapped out consumers, the market volatility and uncertainty caused by our own governments and Trump/SHAFTA, business owners have enough red flags to take action now.

This action should involve reviewing and reducing expenses, collecting receivables in a timely manner, restructuring loans to ease the outflow of available funds. All aspects should be reviewed to improve liquidity. Don’t wait until it is too late. 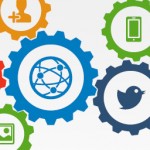 Do Your Social Media Profiles Create An Immediate Impact?