The funniest line on Budget 2017 officially goes to John Ivison who said reading the federal budget was like being “relentlessly flogged with warm lettuce.” The runner-up comes from one of our NDP friends who described it as the “Seinfeld Budget” (a show about nothing), and Andrew Coyne gets the honourable mention for “a wealth of bafflegab and buzzwords.”

Why is everyone so harsh? For starters, the Liberals built massive expectations. Since November, they had been telling everyone in Ottawa this was to be the Innovation Budget, with big, bold ideas to transform Canada. Of course, every government in the past 50 years has tried to transform Canadian innovation, and it’s near impossible at the best of times, even harder to do on the cheap (with just $800 million set aside). So, with the innovation agenda disappointingly thin, they shifted to skills and the familiar territory of “Building a Strong Middle Class.”

It was a fairly thin document: of the $5.4 billion of new spending, $4.2 billion is reallocated from other programs or sourced from the existing framework. The Strategic Innovation Fund sounds exciting, but it’s really just a consolidation of four existing funds. And, the tax changes were so modest—removing the public transit credit while raising the tax on alcohol and tobacco—most observers could only conclude the government was in wait-and-see mode. With Mr. Trump promising huge cuts to corporate tax rates, the government must be waiting to see what the U.S. does.

Never mind Mr. Trump. Canada’s budget is so thin because the money had already been spent. The deficit has increased five times and is now at $28 billion. Polls show Canadians have been generally tolerant of rising deficits because they believe investment would generate growth. There’s little evidence of incremental growth, and the Canadian economy is showing distinct signs of weakness.

Canada’s business investment has fallen nine (9!) quarters in a row. We’ve had two years of zero (0!) export growth. And, when we talk to businesses, they complain about rising costs—CPP increases, electricity rates in Ontario, carbon taxes, new regulations and the deferral of the small business deduction.

Improving our competiveness is the best way to boost growth and create jobs. That’s why U.S. conservatives want to reduce the corporate tax rate from 35% to 20% and slash regulations by 75%. But, it’s crazy to try to change Canadian tax policy based on what might happen in the U.S., and why would we want to wait?

Now that President Trump’s first important legislation, the Obamacare “repeal and replace,” ended as a calamitous debacle, there’s good reason to believe tax reform would be even harder to pass through Congress. Firstly, the repeal of Obamacare was supposed to generate $1 trillion of savings that could be used to pay for tax cuts. This isn’t going to happen.

Secondly, tax reform is extremely complex. The statutory corporate rate of 35% is massively reduced by a web of deductions so that the effective rate is actually closer to 12%. Each deduction has a dedicated constituency and lobbyists, so no one agrees on how to fix them. Finally, the only source of revenue the GOP has discussed is the nonsensical border tax that would start a trade war.

The point is that waiting for U.S. tax reform could be like Waiting for Godot. It’s time to go ahead with our own competitiveness drive. A Made in Canada approach to reduce business costs and improve regulation would go a long way to generating growth. 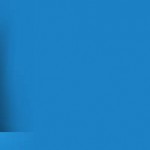 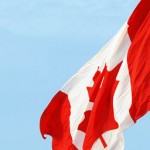