“This budget will bring some relief to the country’s workers and their families. Women workers have long borne the brunt of the absence of high-quality, universal child care in this country. That’s a reality that has been grossly exacerbated in this pandemic,” said Hassan Yussuff, President of the Canadian Labour Congress. “Crucial investments in affordable, quality, universal child care will help women return to the workforce much more rapidly and help undo the damage wrought this past year on hard-fought gains.”

The government committed nearly $30 billion in early learning and child care funding over five years and promised that Canadians will have access to childcare costing an average of $10/day by 2025.

Budget 2021 also promised investments of $2.5 billion in skills and training that includes a commitment to create 500,000 training and work experience opportunities for young and core-age workers over five years, as well as over $8 billion to address climate change through the support of green infrastructure and technology.

Furthermore, the federal government has extended emergency benefits to support workers currently struggling due to the ongoing pandemic and whose jobs are impacted by current lockdowns.

However, Canada’s unions say the government missed an opportunity to implement a universal, single-payer pharmacare program in Canada. According to the federal government’s own Advisory Council on Pharmacare, a universal plan would reduce drug prices, save billions for families and businesses, and provide vital medicines to millions of Canadians who cannot afford to fill their prescriptions.

© Copyright 2022 The Canadian Business Journal. George Media Inc. All rights reserved.
Now is Not the Time: IBD patients call on Queen’s Park to delay the non-medical switch of their essential medication that will jeopardize their health during the COVID-19 pandemic 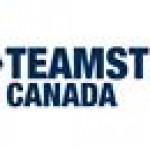