The media, the entertainment world and every e-commerce and internet-related program relies on supporting readership, viewership and advertising in order to survive and make money. Therefore these programs all exist and flourish because of public demand and continuing interest.

A large part of the 30 hours per week that Canadians spend watching TV is on “action” programs dealing with homicide, robbery, drugs, marital problems and even zombies. Many newspapers breathlessly print strident headlines describing assaults and other anti-social behaviour.

We watch and listen to “News” channels that take every opportunity to focus on negative data, only sometimes belatedly softened by a positive “feel good” item to lighten the moment. With all this negative information being fed to us on a daily basis, it is no wonder that we are experiencing an increase in bullying.

Much of human learning comes from observation and copying. As a result, many parents have inadvertently muttered a curse under their breath only to have one of their children repeat it, often at an inopportune moment.

So it is natural for young people to eagerly copy the fashions, language and behaviours of their parents, favourite movie stars, actors and rappers, applauding when a sports hero scores a goal and copying the actions and the aggressive moves often required to achieve it.

Unfortunately, because of our superficial “in the moment” society, there is no time to consider the possible consequences of fashionable but thoughtless aggression.

What is a Bully?

The dictionary describes a bully as “someone who hurts, persecutes and intimidates weaker people physically or psychologically” and many have experienced such aggression in their lifetime. We are seeing an increase of this behaviour, perhaps because we instinctively model some of our world leaders (who should be examples to admire) who unfortunately are very adept at bullying their own people.

Fortunately some find such behaviour reprehensible but many others secretly admire and envy it, wondering how it is possible that “they” can get away with it.

Many world leaders seem bent on proving correct the well-known phrase “Power corrupts, but absolute power corrupts absolutely” and without much effort one can easily identify those individuals who consider themselves above the law.

Among many others, and in the comparatively recent past, we had Stalin and Hitler as examples of moral and political corruption. Currently we can easily highlight Putin, Jong-Un, Assad, Maduro and countless others.

Closer to home, the most recent example of that famous phrase is America’s current president, Donald Trump. His behaviour, comments, tweets and philosophy have affected the moral standards of millions in his own country and abroad. In comparison, pre-Trump mores might seem old-fashioned today but many are reportedly trying to bring about a change.

When I was 12, in a new school and with a foreign accent and unusual name, I was a perfect target for a welcoming committee. Hunched over, listening to aggressive taunts and trying to avoid the slaps, I suddenly reared up to shout “STOP”, blindly flinging my hands in the air, desperately trying to defend myself.

By chance my hands struck both attackers in the face forcing them back in pain. The two bullies were suddenly faced with a victim who retaliated and holding their bleeding faces scuttled off to find easier targets.

Not taking it Anymore

As individuals we may feel that we do not have the power to change the world, but as President Eisenhower (one of Trump’s predecessors) once said: “What counts is not necessarily the size of the dog in a fight – it’s the size of the fight in the dog”.

Many years after that first bullying experience, the lead character in a 1976 movie put into words the very instinct that had given me such courage to fight bullying when I was a boy: “I’m mad as hell and I am not going to take this anymore.” 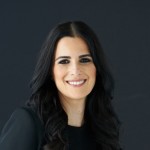 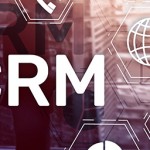 How to Make CRM Work for You