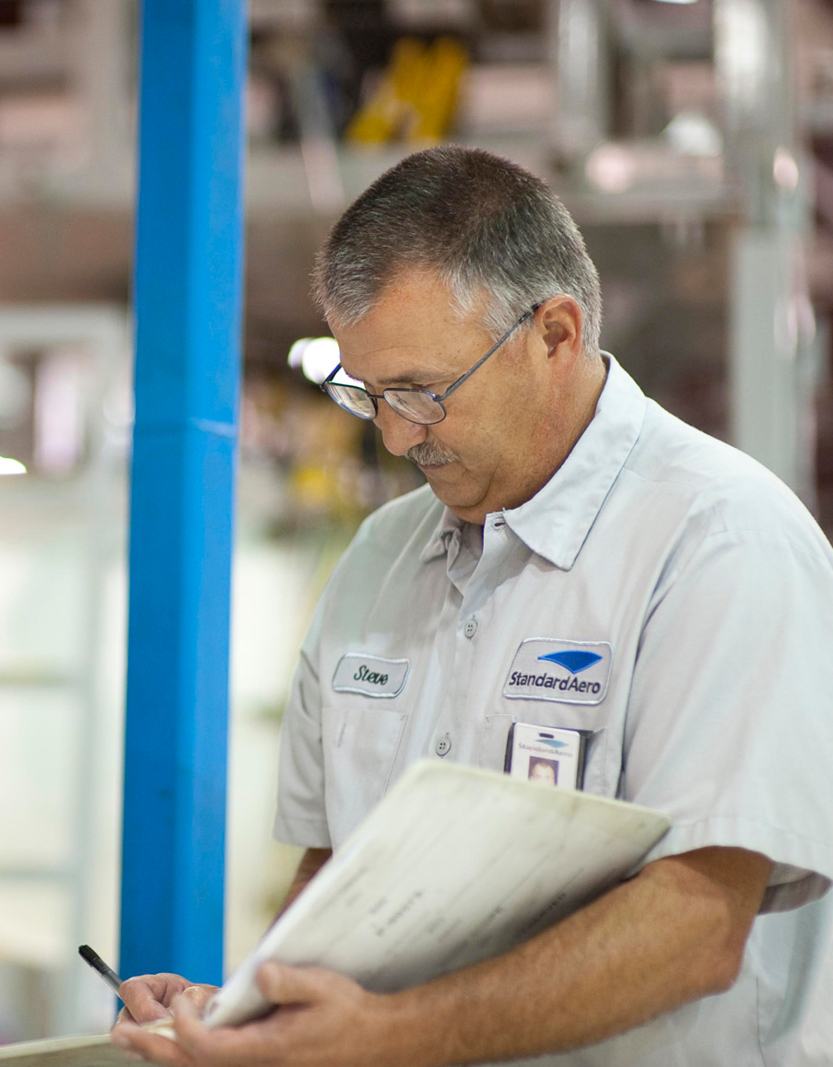 The award, now in its 18th year, is given to a partnership between two companies – one in Canada, one in the U.S. – who meet the required collaborative criteria for consideration. StandardAero of Winnipeg and GE Aviation of Cincinnati, Ohio, were honoured with the award for their collaboration in designing, developing, and installing a state-of-the-art Aircraft Engine Testing, Research and Development Centre in Winnipeg. The winning partnership was nominated by the Ohio Department of Development and the Consulate General of Canada in Michigan and won over dozens of nominations from diverse sectors throughout North America.

In February 2011, GE and StandardAero began working on the design and development of a new $50 million aircraft engine testing, research and development centre (GE Aviation TRDC) in Winnipeg.  Under a 10-year agreement, GE designed and built the new facility and StandardAero will maintain and operate the test centre which was designed to perform icing certification testing on gas turbines engines up to 150 inches in diameter and up to 150,000 lbs. of thrust, as well as develop advanced testing methodologies and equipment for GE Aviation’s commercial and military aircraft engines.

Located at the James A. Richardson International Airport in Winnipeg, the 122,500 square foot centre opened in February of this year. This is one of a few facilities of its kind in North America to perform such testing, utilizing a state-of-the-art noise reduction system and incorporating a translating wind tunnel to enable year-round performance and endurance, ice crystal and mixed phase testing.

StandardAero will develop its expertise in engine certification testing at the new facility to expand its offerings. Each year, the Canadian American Business Council (CABC) identifies innovative and successful alliances between Canadian and American businesses to recognize the benefits that these partnerships bring to both countries – in jobs, innovation, and revenue creation. The group of independent judges (made up of prominent members of the Canada/U.S. business and academic communities) considers sustained profitability, job creation, financial strength, environmental responsibility, and exceptional innovation.

“The judges for this year’s Business Achievement Award were not only impressed by the working partnership between the two companies but also by the innovative impact their solution has on improving the safety of air travel in North America,” says Jordan Robinson of J.C. Flowers & Co and Chair of the 2012 Judging Panel. “The partnership is a strong example of how two companies have come together to make use of their respective areas of expertise and innovate a technology that will contribute to the industry and the community.”

Emma Rigby, Executive Director of CABC says, “The CABC is pleased to recognize that through their joint efforts, GE Aviation and StandardAero have created a high-tech facility and a very successful cross-border alliance that serves as an excellent example of Canadian and American companies making things together.”

The Canadian American Business Council is the voice of business in the world’s most prosperous relationship. Established in 1987 in Washington, D.C., the Council is a non-profit, non-partisan, issues-oriented organization dedicated to elevating the private sector perspective on issues that affect our two nations.

Members are key business leaders and stakeholders from both sides of the border. The Council’s activities include high-level briefings on issues of current concern, assistance with practical trade and policy challenges, significant networking opportunities, and informative seminars.