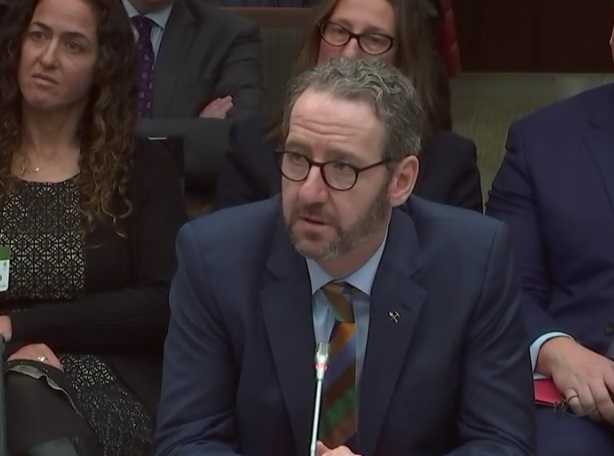 CBJ — Former Liberal Principal Secretary Gerald Butts has concluded his testimony in Ottawa before the House of Commons Justice Committee.

The Conservatives on the committee put forth a motion for Butts to be sworn in under oath — but the Liberal majority on the committee voted down that motion 5-4. Lying under oath can lead to criminal charges to be filed, so the fact the motion was defeated came as no surprise.

Butts began by saying he did not want to get into a personal quarrel with former Attorney General and Justice Minister Jody Wilson-Raybould.

There is a clear disagreement of opinion between Wilson-Raybould and Butts regarding the pressure that was allegedly imposed upon the former Justice Minister regarding the SNC-Lavalin controversy.

Butts said highly-trained legal staff worked on the file to ensure no line was crossed in engagements with the then-attorney general. He said the objective was to underscore the impact of a prosecution, including the thousands of jobs at stake.

The counter point to what Butts said about no line being crossed is the discomfort Wilson-Raybould felt.  Also, while the jobs may not have stayed with SNC, they would have gone to another Canadian enterprise, and so the net loss of jobs would have been a non-factor.  Green Party leader Elizabeth May added to that by pointing out how much money SNC-Lavalin has in its coffers with upcoming multi-million projects, disputing that the company would have been forced to make radical changes with more than enough future business secured to continue operations from Montreal.

Butts said if Wilson believed something inappropriate was happening, she had many opportunities to inform the prime minister, but did not. The allegations did not come to light until after the cabinet shuffle, he said.

“If this was wrong, and wrong in the way it is alleged to have been wrong, why are we having this discussion now and not in the middle of September, or October, or November, or December?”

Butts resigned as Trudeau’s top adviser on February 18, denying any wrongdoing in the case and stating his intent to defend his reputation.

“I am firmly convinced that nothing happened here beyond the normal operations of government,” he told the Commons justice committee.

Butts also says Wilson-Raybould was not demoted from her position to Veteran Affairs due to anything related to SNC-Lavalin.  Wilson-Raybould resigned from the post soon after being given the new role.

Earlier this week Jane Philpott stepped down as President of the Treasury Board, saying the conflicts within the Liberal government were too much for her to ignore.

Butts also disputed Wilson-Raybould’s testimony last week — that she believed she was shuffled over the SNC-Lavalin matter — insisting Trudeau tried to avoid a shuffle because he was “happy with his team.”

The prime minister tried unsuccessfully to have Scott Brison change his mind about resigning as Treasury Board president, Butts said. Having moved Jane Philpott to the position, he said, Trudeau asked Wilson-Raybould to take on the Indigenous Services portfolio, which she refused.

In her testimony Wilson-Raybould said she always believed that Butts was speaking with the “full authority” of the prime minister.