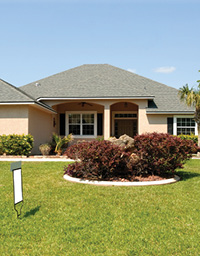 14 Things Every Canadian Buyer Should Know Before Taking the Plunge

Canada weathered the storm caused by Wall Street antics by simply not playing. Canadian banks saw inherent risks and moral hazards that they wanted no part in playing. While the rest of the world laughed at Canada’s stuffiness, the banks, and its depositors are just fine thank you, although their economy is taking a hit due to a decline in demand for exports.

So Canadians, with Canadian money that is, not debased are coming to America in droves to take advantage of the “oversold” prices of housing. They are buying these properties in droves and unwittingly making themselves part of a corrupt marketplace in which they could lose their money, their title to property and their right to possession of that property because they bought it from someone who didn’t own it; or because they assumed that the old mortgage had been paid off and properly satisfied. This article explains why investors should exercise great care to preserve the value and existence of their investments.

1.    With the Massachusetts Supreme Court having decided that foreclosure is only valid if the would-be forecloser owns both the note and the mortgage — a black letter law concept that has been in existence since before the American Revolution — the questions are evolving from issues relating to wrongful foreclosures to “what do we do about it, now that we know the foreclosures did not meet the basic elements of a foreclosure action under any analysis?”

2.    Some decisions, like Hogan in Arizona appear to create a debatable issue. But read closely, the decision stands for the proposition that it is not necessary to possess the note in order to give the instruction to the Trustee on Deed of Trust to issue a Notice of Default and/or a Notice of sale. It does not state that anyone without proper credentials can present themselves as the creditor. So the auction, if it occurs, is strictly limited to cash bids, since the creditor has neither stepped forward nor made a claim as to the amounts due.

3.    In a prescient note, the Hogan court simply states that the borrower neither denied the debt nor the security instrument or the note. If they do so, then the game is on, and the banks and servicers are “out of the money.” They are not creditors, they have only the most tenuous argument to present themselves as sub-servicers, and they have no authority to speak for the Master servicer or the investors from whom money was taken under false pretenses.

4.    It is now apparent that this has not escaped attorneys or judges. If there is a denial of the obligation, note, mortgage (Deed of Trust), plus a denial of the default and the amount claimed as due from a party whom the borrower denies is the creditor, the case must move forward into discovery. A motion for summary judgment by the banks and sub-servicers will be routinely denied if it is met with an affidavit from the homeowner or borrower that contains these denials.  Now that borrowers and even homeowners who have already lost their property in foreclosure and eviction are overturning foreclosures, regaining title and possession of the property, the “new” buyer is left with only a claim for money from their title carrier and a potential claim against the bank or servicer that “sold” them the property.

5.    The title companies have already decided this point. They will and they’re routinely writing exceptions into the title policy that actually puts the liability for indemnification on the buyer rather than the title company, if the claim arises out of illegal origination or illegal foreclosures.

6.    The Bank will fight the Buyer on the warranty deed recitals until the investor gives up. But the main point is that investment is U.S. distressed property is buying a lawsuit unless you file a quiet title action and it sticks. Remember, you are giving notice to John Does 1-10,000 through publication who probably don’t read your local paper that publishes legal notices.

7.    These investor lenders have a legitimate beef. They gave up money and signed papers that assured them they were getting good loans within 90 days of the transaction in which the investor advanced the money to the investment banker. What they are getting is bad loans pitched over the fence years after the transaction.  In the foreclosures, especially the non-judicial foreclosures, there is no need or opportunity to give notice to the investors that this loan is now claimed to be part of the pool they think they own.

8.    The investors now have a good reason to enter the picture and assert that they don’t want this bad loan, they didn’t buy it and it wasn’t transferred into the “pool” within 90 days of the investor’s closing with the investment banker. Thus they can argue without any real defense from the banks that the assignments are mere offers that the pools neither accepted nor could accept under the terms of the prospectus and pooling and servicing agreement. But whether they make the claim or simply could make the claim, that is the essence of clouded title. And that is how you end up in a lawsuit you never imagined.

9.    Add to that the assignment was fabricated, forged and fraudulently presented without any financial transaction backing it up and the investor wins hands down.

10. Realtors are no help on this since all they want is property moving thus producing commissions. They like to point out that the deed in a short-sale is much better because it is the homeowner who actually signs the deed. And that is true. What they ignore is that the payoff of the old mortgage was taken by a stranger to the transaction who accepted the money and then issued an authorized release and satisfaction of the old mortgage lien when the buyer closes.

11. The banks and sub-services are starting up their own title companies or entering into confidential agreements with the title companies that incidentally were part owners of Mortgage Electronic Registration Systems, Inc. (MERS) or the JPM entity they ran for a while when they saw the hand writing on the wall for MERS.

But they are only creating the appearance of insurance protection with no intention of honoring the claim or fixing the title problem they reported to the buyer wasn’t there. Now the title companies say their title report is only a worksheet and you have no right to rely on it. There are about ten thousands cases in precedent that disagree with this ridiculous assertion.

12. The bottom line is that a buyer who does not negotiate the right provisions in the title policy (it CAN be done) is going to go through (1) euphoria about how brilliant he is to have picked up such a bargain (2) no title and/or (3) two or more mortgages that still encumber the property despite the supposed payoff and recording of release and satisfaction.

13. The final coup de grace is that the buyers who fail to heed these warnings will find themselves bankrupt when it comes down to selling or refinancing the property or when they find themselves defending  a lawsuit from a former homeowner demanding that the foreclosure be overturned and possession restored.

14. BOTTOM LINE: Don’t close without an experienced real property attorney and he or she is dismissive of these claims then they are just as ignorant as you are.  Move on to an attorney who does understand negotiation of the terms of deed and title policy and leave the paper pushers in the dust.

It is only through competent professionals that they should complete any real estate transaction in the United States.  In this case competence includes special knowledge of the securitization of mortgages, the current status of corruption in our title system, and the ultimate risk of losing the entirety of their investment the title they thought they had, and the right to possession of property which they thought had been properly purchased and protected with a title insurance policy.

Canadians would be unwise to accept the assertions of title companies who produce title reports and commitments for title insurance that merely perpetuate the corruption of title in American.  These same entities actually have ownership interests in the private system of recording established by the banks.  Virtually everyone in the marketplace has a conflict of interest that may ultimately dash the hopes on investors and potentially remove their nest egg for retirement.

Neil F. Garfield can be reached at
neil@livingliesblog.com.