TORONTO, Jan. 23, 2019 (GLOBE NEWSWIRE) — BWR Exploration Inc. (“BWR”) (TSX.V: BWR) recently met with God’s Lake First Nation (“GLFN”) on January 9, 2019 in the community of God’s Lake Narrows, as a follow-up to several earlier meetings over the past few months. This meeting was an information session, at the request of the Elders of the Community, where there was an opportunity for the Elders to voice their concerns about early stage exploration within their area of traditional interest and pursuits. The meeting was part of a series of meetings organized by Manitoba Ministry of Growth Enterprise and Trade (“GET”). Prior to this meeting, on December 12, 2018, a Letter of Understanding (“LOU”) between BWR and GLFN had been negotiated and signed by God’s Lake Chief and Council (represented by Chief Gilbert Andrews and two Councilors), at a private meeting held in Winnipeg, Manitoba, where both parties had agreed to meet again in early 2019 along with representatives of GET. The LOU established several important subjects that both Parties (BWR and GLFN) have agreed to incorporate into a dynamic early exploration agreement.

Prior to the private meeting on December 12, 2018, BWR received a letter from Chief Andrews (dated December 7, 2018) that clearly identified numerous longstanding community concerns, with specific reference to God’s Lake comfort on how BWR has approached the overall permitting process as recommended by GET, and BWR had accordingly, adjusted its exploration plans and timeline to address these concerns.

Chief Andrews further commented in a separate communique on January 17, 2019, that God’s Lake “leadership is willing to work cooperatively and collaboratively with industry on any sustainable and environmentally sound project, but on Consultation meetings with the community and consent for work permits is required, the outcome of the community vote must be respected by the Chief and Council.”

Neil Novak, President and CEO of BWR states: “BWR is looking forward to working collaboratively with God’s Lake First Nation and its community members, and we hope to establish a similar rapport and partnership with Manto Sipi Cree Nation (“MSCN”), who also have traditional interests and Treaty Land Entitlement selections in the Little Stull Lake project area. BWR looks at this project as its’ main exploration focus for the foreseeable future and as such, BWR welcomes co-operative partnership with both local Indigenous Communities to create a mutually rewarding, sustainable and transparent relationship, and will support God’s Lake First Nation’s desire to complete the Treaty Land Entitlement (“TLE”) conversion process.”

Contained in the December 12, 2018 LOU, amongst other items, is reference to the process of the conversion of GLFN’s Treaty Land Entitlement (“TLE”) selection to reserve status, whereby BWR may proceed with early stage exploration on the claims that have been impinged upon by GLFN’s TLE selected area, with the aim to either include or exclude the claims or portions thereof from any future mine development. BWR has agreed, to work in partnership with GLFN on the project as it applies to the TLE area, employ local workers and engage local businesses as both parties work out the details of an early exploration agreement, an agreement that is conceptually dynamic and meant to change, or be amended as the exploration program progresses over the next several years.

As a show of good faith for the go forward plan with GLFN, BWR in consultation with the Chief and Council of GLFN, agreed to provide limited access to its exploration camp at Little Stull Lake as requested by a land survey crew assembled by Duncan and Barnes of Winnipeg, contracted by GLFN to survey the boundaries of their TLE selection #540 demarcating 8 of 20 BWR mineral claims that impinge upon the selected area. This is a necessary survey for the conversion process from selection to reserve. The survey crew involves six GLFN community members as well as three representatives of Duncan and Barnes, that mobilized to the project area on January 14, 2019, expected to work there for about 1 month.

BWR continues to support the ongoing consultation process between Manitoba GET and God’s Lake First Nation as well as nearby Manto Sipi Cree Nation, and looks forward to meeting at the earliest convenience of MSCN and Manitoba in early 2019, as well as continuing discussions with GLFN.
This press release has been prepared by management of BWR Exploration Inc. represented by Neil D. Novak P.Geo., President and CEO of BWR Exploration.

BWR Exploration Inc. is a public company focused on exploring for base and precious metals, with its flagship Little Stull Lake Gold Project in NE Manitoba along with other exploration projects in Northern Ontario, and Northern Quebec, Canada. Management of BWR includes an accomplished group of exploration/mining specialists with many decades of operational experience in the junior resource sector. There are currently 68,202,461 shares issued and outstanding.

Neither the Toronto Venture Exchange nor its Regulation Services Provider (as that term is defined in the policies of the TSX Venture Exchange) accepts responsibility for the adequacy or accuracy of this release.

For information about BWR Exploration Inc. please visit our website: 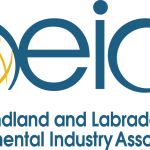