CALGARY, Alberta, July 15, 2021 (GLOBE NEWSWIRE) — Invest Alberta Corporation (Invest Alberta), the Government of Alberta’s Ministry of Transportation (Alberta Transportation) and the Canada Infrastructure Bank (CIB) are pleased to announce a detailed MOU to continue to advance the project. The CIB has reaffirmed support for the project and will continue to consider a long-term investment.

Invest Alberta, on behalf of Alberta Transportation, will engage with the market place over the summer. The Government of Alberta will continue to assess the project, including seeking input from municipalities and Indigenous communities, and the potential to advance the project under a long term P3 model that would attract investment, and ensure the project can be supported for many years in the future.

Project feasibility studies have been completed since a memorandum of understanding (MOU) was established in June 2020 between Alberta Transportation and CIB. There has also been strong private sector interest demonstrated through an unsolicited proposal by Liricon Capital Ltd. (Liricon) to act as the project developer. The project would support Alberta’s economy by creating a critical airport rail link to downtown Calgary and Banff National Park, increasing tourism opportunities and labour mobility, reducing greenhouse gas emissions and reducing congestion in the travel corridor. The project would also support the Banff National Park Net Zero 2035 initiative.

Premier Jason Kenney stated: “The YYC-Calgary-Banff rail project has the potential to be the first airport-to-mountain community transit solution of its kind in North America, making Alberta an even more compelling destination for global visitors year-round. I’m proud of Invest Alberta’s work with Alberta Transportation and Canada Infrastructure Bank to explore innovative public-private partnerships like this passenger rail solution which may even be the first hydrogen train in North America. I know they will be working hard over the next several months to develop the economic and environmental benefits to Albertans and improve the attractiveness of visiting Calgary and Banff all year round for several million global visitors.”

Rajan Sawhney, Alberta’s Minister of Transportation emphasized the potential of this project: “Our government values the partnership with the CIB to further assess the Calgary-Banff Rail project. We are excited by the role CIB plays in bringing private sector expertise and capital needed for a project of this scale. We continue to look forward to explore this exciting project with community partners and stakeholders.”

Miranda Rosin, MLA for Banff-Kananaskis added: “I have been a huge advocate for this project since being elected in 2019. The potential for a beautiful hydrogen powered passenger rail service running through the Rocky Mountains creates a tremendous opportunity to attract new international visitors to Alberta and grow our tourism industry in an environmentally sustainable way.  After a year of COVID 19 travel restrictions, I believe there is no better time to consider this major investment than right now. With many stakeholders prepared to collaborate and advance this project, I am optimistic about the outcome.”

“The CIB’s approach to flexible and innovative delivery of infrastructure is contributing to move this project closer to success. Our commitment to fund development costs is another example of our Project Accelerator initiative in action. We are excited to build on our strong partnership with the Government of Alberta and look forward to collaborating on next steps,” said Ehren Cory, CEO of the Canada Infrastructure Bank.

David Knight Legg, Founding CEO and Board Senior Advisor of Invest Alberta commented, “The Calgary Airport – Banff Rail Project is an amazing opportunity for Alberta to become North American leader in low emission travel between Calgary’s international airport and one of the most popular mountain communities in the world. We look forward to working with all the different stakeholders to make this dream a reality in the months ahead.”

“I’m excited to see sustainable rail service connecting the Calgary International Airport, our downtown and the Town of Banff moving forward,” said Mayor Naheed Nenshi. “This would be a boost to our travel and tourism industry, and I’m happy to see progress is being made.”

“The return of passenger rail connecting Calgary and Banff has long been identified as a way to take traffic congestion off our highways and mountain roads, while improving the overall experience for people visiting Canada’s first national park. Bow Valley communities have been working to bring back affordable mass transit for a number of years and we are excited to see progress on development of an environmentally-responsible service that would connect workers with jobs throughout the valley, reduce vehicle emissions, and provide a fantastic way to enjoy this special place in the Rockies,” stated Mayor Karen Sorensen, Town of Banff.

Infrastructure and Communities Minister Catherine McKenna highlighted the importance of the CIB’s collaboration with Alberta. “It’s great to see the partnership between the Canada Infrastructure Bank and the Government of Alberta on a train between Calgary and Banff. A train to the iconic Banff National Park – the most visited national park in the country – would reduce congestion, lower emissions, protect the pristine environment while creating jobs and economic opportunity. This MOU marks another step forward and is an example of how the CIB is focused on accelerating projects that will grow our economy and make Canada more competitive.”

The Calgary-Banff Rail project proposes a new, 150-kilometre sustainable passenger rail service that would potentially include seven stops (Calgary International Airport, downtown Calgary, Calgary Keith, Cochrane, Morley (Stoney Nakoda), Canmore and Banff) along a dedicated line built within the existing CP Rail corridor. The service could have up to ten departures per day from the airport to Banff and the capability of running an express service from Calgary International Airport to downtown Calgary every 15 minutes.

If approved, the project would create an innovative, environmentally friendly public transit option and help the Town of Banff become more pedestrian friendly and support the Banff National Park Net Zero 2035 Initiative. Residents of Indigenous communities would see increased employment opportunities with easier access into Calgary, Banff, Canmore and Cochrane. Visitors to tourism, cultural and recreational areas in Calgary and in the communities along the line would also benefit from more convenient and efficient travel from the airport and nearby communities. The project would also support commercial expansion and job creation at the Calgary International Airport. 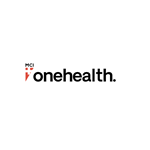 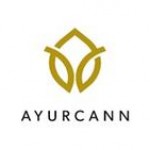