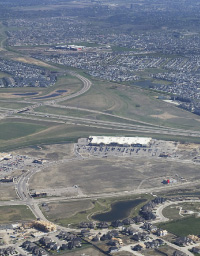 What they do best : Cameron Development leaders in real estate development and investment
“We pride ourselves in sticking to what we know best, which is our region. That is our competitive advantage—understanding our market, the politics involved when it comes to land development and rezoning, and our relationships with other developers and land owners in our region,” beams Tony Rota, Director of Marketing for Edmonton-based Cameron Development.
Cameron Development is a privately held real estate development and investment company which has grown in the past 30 years to incorporate some of Alberta’s largest big-box retail outlets. Long regarded as one of the most active real estate developers in the region, Cameron Development has developed many sites of 100,000 square feet and over, as well as big-box format shopping centres for well known names such as Wal-Mart, Best Buy, Home Depot, McDonalds, IKEA, Canadian Tire… the list goes on. In fact, the company has participated in real estate transactions and developments in Canada totalling in excess of an impressive eight million square feet.
Family business
Cameron Development started out as, and remains, a family business. The team is cognizant that they are putting their name on their projects which motivates them more than anything else to only produce the finest work. “Our company is made up of a great team of people.” Integral to that team are four family members that are directly involved in the Cameron Development Corporation: Jerry Naqvi is President; his daughter Tina Naqvi-Rota is executive V.P. married to Tony Rota.
Over the years, Cameron has gained respectable standing amongst the financial sector, and has solidified sound relationships with various investment financing entities. “We are a 30-year-old company started in 1980 by my father, Jerry,” says Cameron Naqvi, Vice President of Leasing and Development. “We’ve grown substantially over the last several years. Over the last decade, it’s one of the largest growth spurts in Canada, until things calmed down around 2007.”
Over the last 30 years, the size of Cameron Development projects grew alongside the company. Cameron Development’s reputation has also grown, landing the company projects outside its main regions of Vancouver, Saskatchewan and Ontario. Cameron is also represented in Eastern Canada, having initiated development of a 550,000 square foot power centre in Thunder Bay, Ontario, anchored by Home Depot and Canadian Tire. Nevertheless, it is the company’s stalwart dedication to and intimate knowledge of its hometown market, businesses within, and municipal zoning that makes Cameron Development the go-to source for large-scale.
Unparalleled expertise
Additionally, Cameron Development has an unparalleled expertise in the big-box projects that are becoming the standard in commercial plazas. Constructing large-scale retail facilities since the 1980s, Cameron Development was part of the first large format development in Edmonton, working on a Costco, the “first true power centre format in the city,” says Naqvi.
The industry has gone from traditional pad centres to a larger box format to adopting the evolution of retail development. “Part of the necessity has been retailers who are looking for expansion opportunities in the cities but are having trouble finding land in the areas themselves. They are looking for opportunities and, knowing the lay of the land as we do, we were afforded the luxury of giving them some insight. It’s these relationships that make up the core of our business,” says Naqvi. “That’s been our expertise. In order to keep up with the times, we need to know how to keep up with the market,” adds Rota.
Turnkey solutions
Members of the International Council of Shopping Centres as well the Urban Development Institute, Cameron Development offer clients turnkey solutions, with development typically done in-house, which includes construction, leasing, financing, etc. “On specific projects like Windermere and South Edmonton Common, we systemically start at the basics, which is the concept. We typically contract out all of our consultants, architects and engineers, but we project manage all those consultants in-house,” says Rota of a process that ensures Cameron Development has control over its work.
South Edmonton Common
Cameron is currently developing the largest open air retail project in North America, South Edmonton Common. Once fully built out, this 320-acre power centre will consist of over 2.3 million square feet of retail space. It currently features such anchor retailers as IKEA (320,000 S.F.), Real Canadian Superstore (145,000 S.F.), Home Depot (137,000 S.F.), Wal-Mart Super Centre (214,000 S.F.) and Cineplex Odeon Cinemas (16 screens, 100,000 S.F.). Pier 1 Imports, Golf Town, Indigo Books, East Side Mario’s, Home Outfitters, Old Navy and Best Buy are among those retailers who selected South Edmonton Common to showcase their first stores in Edmonton, while a number of other retailers chose it as the location for their first power centre outlet.
Windermere
Windermere is a 1.1 million square feet shopping high-res centre, part big box (750,000 sq. ft.) and part villa/lifestyle centre (350,000 sq. ft. urban village). The urban village concept is back to the evolution of shopping centre concepts, which has slowly made its way to Canada. One is an extension at Park Royal Mall in West Vancouver. Right now, Cameron Development have a Super Wal-Mart (200,000 sq. ft.), Home Depot (150,000 sq. ft), Canadian Tire (90,000 sq. ft.), and London Drugs (36,000 sq. ft.). “We also just signed a deal with Cabela’s, one of the world’s foremost outdoors stores, for its first new store in Canada. They are Bass Pro Shop’s largest competitor and their regional draw is significant,” says Rota.
Cameron Development have taken the phrase “Go big or go home” and turned it on its head. Cameron Development has gone big by staying home. And with an established reputation for smart finance, schedule and relationships, there is no end in sight to how big they will get.
www.camdevcorp.com
Recommended
CBJ Aug 2021 | Volume 14 | Issue 8 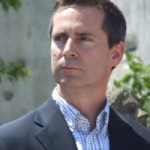 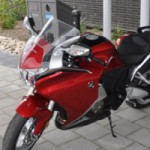