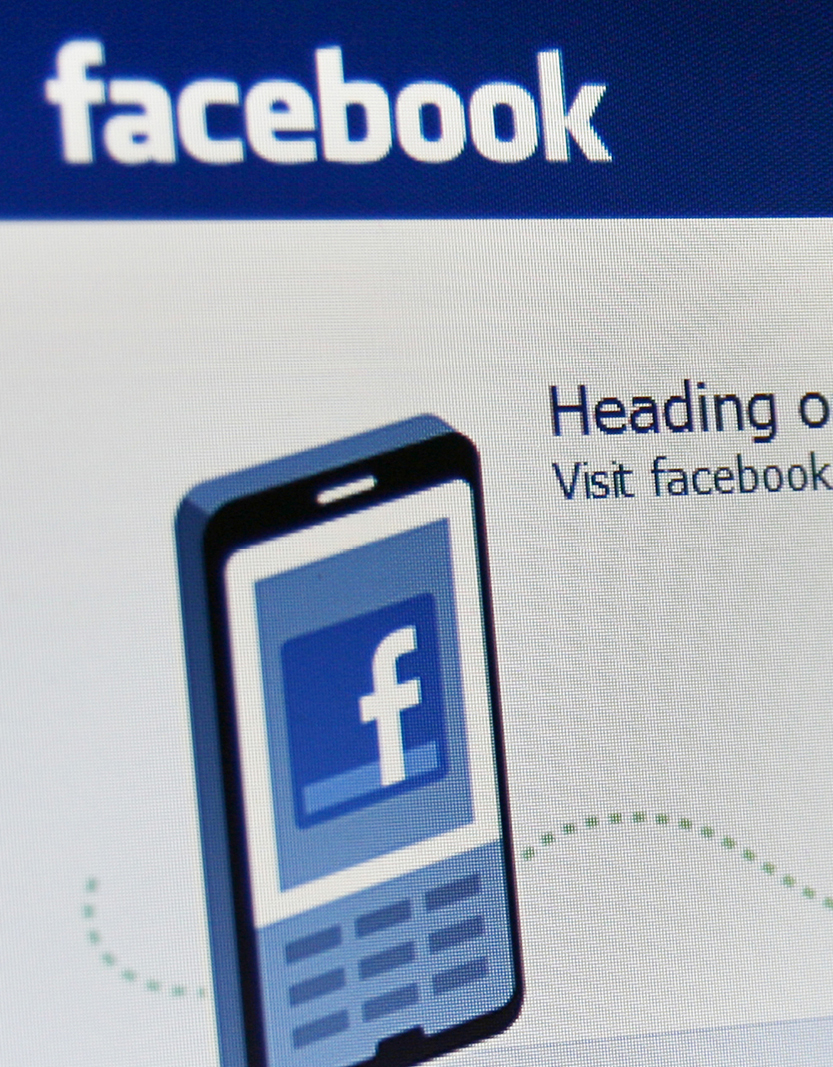 Despite widespread skepticism from a seemingly large segment of the investment community, Facebook has confounded critics who thought it would be incapable of making money from the rapid growth of mobile device usage.

Facebook has not only revealed a strong recent quarterly performance, with revenues heading upwards by about 40 per cent, its mobile ad sales have more than doubled on the previous quarter to total $306m, to account for 23 per cent of the social network’s overall ad revenues.

However, according to Andreas Pouros, chief operating officer at leading London-based digital marketing agency Greenlight, there are indicators Facebook has achieved this growth by being as aggressive as it can be in pushing advertising to the masses within the confines it currently works within. Research conducted by the agency also suggests a level of consumer apathy that could pose a significant threat to future growth.

“There’s a big distinction that needs to be drawn between the likes of Google and Facebook in terms of what the user intent is when they use those properties,” Pouros begins. “When people go to Google they are in ‘search mode’ where they are actually looking for something and if they see advertising it’s in response to what they’ve been looking for. It’s part of your expectations on the user journey. But on Facebook you’re not in search mode, you’re in socializing mode, so advertisements aren’t as welcome as they would be if you were using Google.”

Further to that critical point, for Facebook users there is a fundamental case to be made that too much advertising can start annoying people very quickly. But the site will keep adding more advertising until it gets reaches the stretched limits of utter saturation and people start feeling as though they are just logging in to a big advertising system. Despite this, in the company’s last earnings’ call, co-founder Mark Zuckerberg said that he has found no evidence that people are upset by the level of advertising. Keep in mind that’s obviously a direct PR statement aimed at keeping investors happy.

“I think there’s a fine line between what they have now for advertising and even a bit more,” Pouros says. “It might be enough for people to feel like they’ve become part of a commercial machine as opposed to where you go to talk to your friends and see what they’re doing.”

Facebook’s new ad units in response to the mobile challenge, such as Sponsored Stories, have proved successful in a world where smaller screens and ‘apps’ remove the space available for Facebook’s traditional ad units on the right hand side of a Facebook page. However, the markets expected more, manifesting in a stock drop. Clear commercial progress has been made and Pouros says Facebook is right not to be too aggressive in monetizing its user base too quickly, pointing out that the loyalty of that consumer base is its principle asset.

How much more advertising can be added until people begin resenting Facebook for it?

“Key to the demise of historical market leaders, such as Altavista in Search and MySpace in Social, was too much advertising,”Pouros states. “It served to increase revenue in the short term but undermined utility and loyalty.”

Facebook needs to pay the bills and keep investors happy, so the tricky part is establishing the so-called sweet spot, where the company can maximize revenue potential with the most amount of advertising, without it resulting in a net loss of account holders. Facebook needs to generate revenue from established brands without resorting to using more traditional advertising into the user experience.

“In terms of traditional advertising models and mechanisms, I think there’s a ceiling that they really can’t exceed before people start turning off,” Pouros notes.

“Maybe this is why Facebook’s mobile revenue numbers were lower than the market expected, with Facebook perhaps understanding this risk and not being as aggressive as it could have been with pushing ads to the masses. Doing so would have spiked short term revenue but at a potential long term risk,” he continues.

There’s a need for Facebook to innovate how it manages to take money from businesses while at the same time not being too invasive in the space of the users coming to the site. The new graph search functionality appears to be the instigator of this marketing plan, which was unveiled during that same recent earnings’ call and may have a niche capability that will appeal to a certain percentage of users who are in so-called search-mode as well as being interested in seeing what their contacts have been up to recently.

“For instance, you could search Facebook for ‘show me restaurants liked by my friends in Calgary’ and it would provide a list of the restaurants they selected,” Pouros says.

Greenlight recently completed a comprehensive market survey of 1,000 Facebook users and came up with very interesting results. Many brands that were thought to be untouchable and market leaders all seem to have been the victim of a similar downfall in that they pushed commercial goals too aggressively with consumers and lost their trust.

“This is much like Google’s story,” Pouros says. “Prior to Google, AltaVista was the most popular search engine in the world and they got very, very greedy and had advertising all over the place to the point where, back in those days, most people were on dial-up modem, which meant AltaVista was far slower to load than this new upstart called Google. At that time we all thought AltaVista was untouchable as a market leader.”

However, early data from Greenlight’s soon to be published annual research, Search & Social Survey (2012-2013), suggests 15 per cent of users would pay Facebook to see no ads at all, which may be an opportunity unto itself. Almost 70 per cent of those surveyed revealed they never or rarely click on advertisements or sponsored listings in Facebook, so it’s plainly evident the apathy is very real.

The Greenlight survey interviews were comprised of people from all walks of life, including: students, law enforcement professionals, medical staff, accountants, lawyers and those currently out of work on how they engage with online advertising, search engines, and social networks, in order to glean insight into how consumers engage with marketers today.

Anecdotal evidence abounds with users seeing far more ads in Facebook than they have traditionally seen, as well as some rumblings of displeasure in not just the quantity but also the quality of the targeting.

According to Greenlight, some Facebook users are seeing up to 16 per cent of their newsfeeds taken up by ads, although the average is closer to 3 per cent.

However, Pouros points out ads are typically larger in size than the average post so the percentage of real estate they cover is much higher.

“For Facebook the challenge is in how it can increase monetizable engagement between users and advertisers whilst maintaining quality in terms of both targeting and also user experience,” Pouros remarks. “Graph Search is capable of doing this at the local business level, but getting increasingly more from big brands is the big challenge.”

Facebook boss Mark Zuckerberg has a strategy for the path he wants his company to follow, but that doesn’t always mesh with what investors want in the publicly-traded company. It’s a noticeable disconnect that needs to be contracted, not widened, and that will be another tricky obstacle course to navigate.

“I think from Mark’s perspective, he believes that if he provides a great product with a great user experience then the advertising and commercial revenue will then come naturally as a by-product of that. But I think often he has a turn of phrase or a way of saying certain things that does annoy people, particularly investors, where it doesn’t sound like he’s taking things particularly seriously but I’m not sure whether that’s actually the case because some of the things he has launched have the potential to be hugely successful in commercial, like this new graph search. That potential would open up the ability for localized advertising while opening up the micro SME market so there may be method in the madness.”

The new-era online business world brings whole new meaning to the words fickle and loyal.  A number of yesterday’s giants are today’s distant memories and the leaders right now need to constantly innovate and reinvent themselves and not repeat the mistakes of the companies who came before them. AltaVista is a prime example. Owned by Yahoo!, it was generating 80 million hits per day in the late 1990s with more than $50 million in sponsorship revenue. Now technically discontinued, it’s not much more than a feeble afterthought. Will it ever resurface in one form or another and be a major player again? When dealing with the Internet, never bet against it.