CBJ — Canada Goose Holdings expects its direct-to-consumer business to contribute about half its profits in the long term, from about 14% in the three months through September. That is the word coming from CEO Dani Reiss.

The luxury apparel maker says its operating income from its direct-to-consumer business, comprising own-store and online sales, was 18 times higher than a year ago.

Shares in Canada Goose were up almost 15% this week and almost 80% higher than its initial public offering price back in March.

It’s looking very positive for Canada Goose, which expects to open up to 20 physical stores internationally within the next two years.

Canada Goose, which has historically sold its products through wholesalers, began opening its own stores last year, at a time when several rivals and department stores were reporting falling sales and shrinking margins, with its luxury pedigree helping cushion it from the retail industry’s struggles. 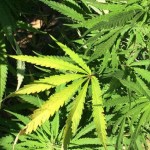 Weed Tax May Be $1 Per Gram