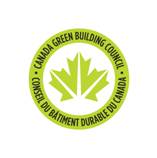 Following the release of the 2017 Manitoba Provincial Budget yesterday, the Manitoba Chapter of the Canada Green Building Council (MB CaGBC), is pleased to see that there is continued commitment to a Manitoba Climate Plan, and that investment in green infrastructure will be a key strategy going forward. The Chapter eagerly awaits the details of this plan and will continue to contribute on behalf of the green building community in our province.

In the 2017 Manitoba Budget has committed to $1.7 billion on strategic infrastructure in 2017/18, including:

While Tuesday’s Provincial Budget did commit to funding for infrastructure, it did not clarify what is meant by strategic infrastructure, and fell short of committing to the type of sustainable investment needed in Manitoba. The MB CaGBC hopes to see green building as an integral part of the government’s plan for Sustainable Investment in Strategic Infrastructure.

The Chapter’s recommendations during the budget consultation process highlighted the need for government to undertake a comprehensive benchmarking program, in order to gather performance data on large buildings that would be used to identify opportunities for energy and water savings. This knowledge then allows for strategic investment in recommissioning and retrofitting of the existing building stock.

Building retrofits present a significant economic opportunity for the government. A 2015 report commissioned by the CaGBC identified that the green building industry in Manitoba supported over 5,500 direct Manitoban jobs and generated $438.8 million in GDP. Manitoba has significant potential to grow its economy by investing in green buildings, with three times the impact realized for every dollar invested.

Green buildings will further contribute by:

The current government campaigned on a platform of fiscal responsibility and improvement in the province and MB CaGBC hopes to see that realized in the built environment. If implemented, our recommendations will fuel the growth of Manitoba’s sustainable building industry and real estate sector by creating jobs and developing green expertise, while positioning Manitoba as a leader in Canada’s low-carbon economy and in the fight against climate change.
The CaGBC is committed to continuing to work closely with government and industry in advocating for growth and investment toward a low-carbon building sector. To learn more about the state of green building in Canada, its ability to spur economic growth, and the CaGBC’s ongoing advocacy work, visit cagbc.org/advocacy. To learn more about the CaGBC Manitoba Chapter, visit www.cagbc.org/manitoba.