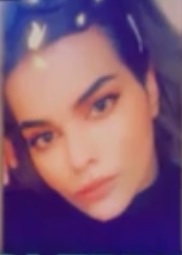 CBJ — A young 18-year-old Saudi woman who has fled from her family says she cannot go back home or she will be killed after renouncing Islam.

The United Nation’s refugee agency has declared the woman is a legitimate refugee.

Now Canada has said it would be open to receiving Rahaf Mohammed Al-Qunun, 18, who barricaded herself inside a Bangkok hotel room pleading for UN help after originally fleeing her family during a trip to Kuwait. From there she got on a plane and flew alone to Thailand. Australia is also said to be offering to take her in.

Al-Qunun described a life of unrelenting physical, psychological and emotional abuse at the hands of her family, who live in the city of Hail, in northern Saudi Arabia. Al-Qunun said she was once locked in a room for six months because she had cut her hair in such a way that her family did not approve.

Al-Qunun also said family members used to beat her and singled out her younger brothers who she says would routinely physically overpower her and restrain her from leaving the family home and controlling all of her activities, which she says was extremely degrading and humiliating.

The many online posts seem to have worked; Al-Qunun now has over 117,000 Twitter followers and the world’s attention.