CBJ — Prime Minister Justin Trudeau has announced that Canada will vie for a seat on the Security Council for a two-year term starting in 2021.

The members of the General Assembly won’t vote on candidates for the vacancy until the fall of 2020, which means Trudeau will have to win another federal election in 2019 if he wants to personally see Canada return to the UN’s most powerful body.

If Canada succeeds, it would end the country’s longest absence from the council in the history of the United Nations — 21 years since the end of Canada’s last two-year stint in 2000.

Trudeau launched the campaign this morning from the lobby of the United Nations building in New York in front of a crowd of staffers, visiting students and foreign diplomats.

Officials said they could only recall the room being used once this way for a public event in the last few years — for the Pope.

In his speech, Trudeau said Canada wants to revitalize its entire relationship with the world body and he underlined peacekeeping as an area where Canada can have an impact. 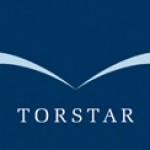