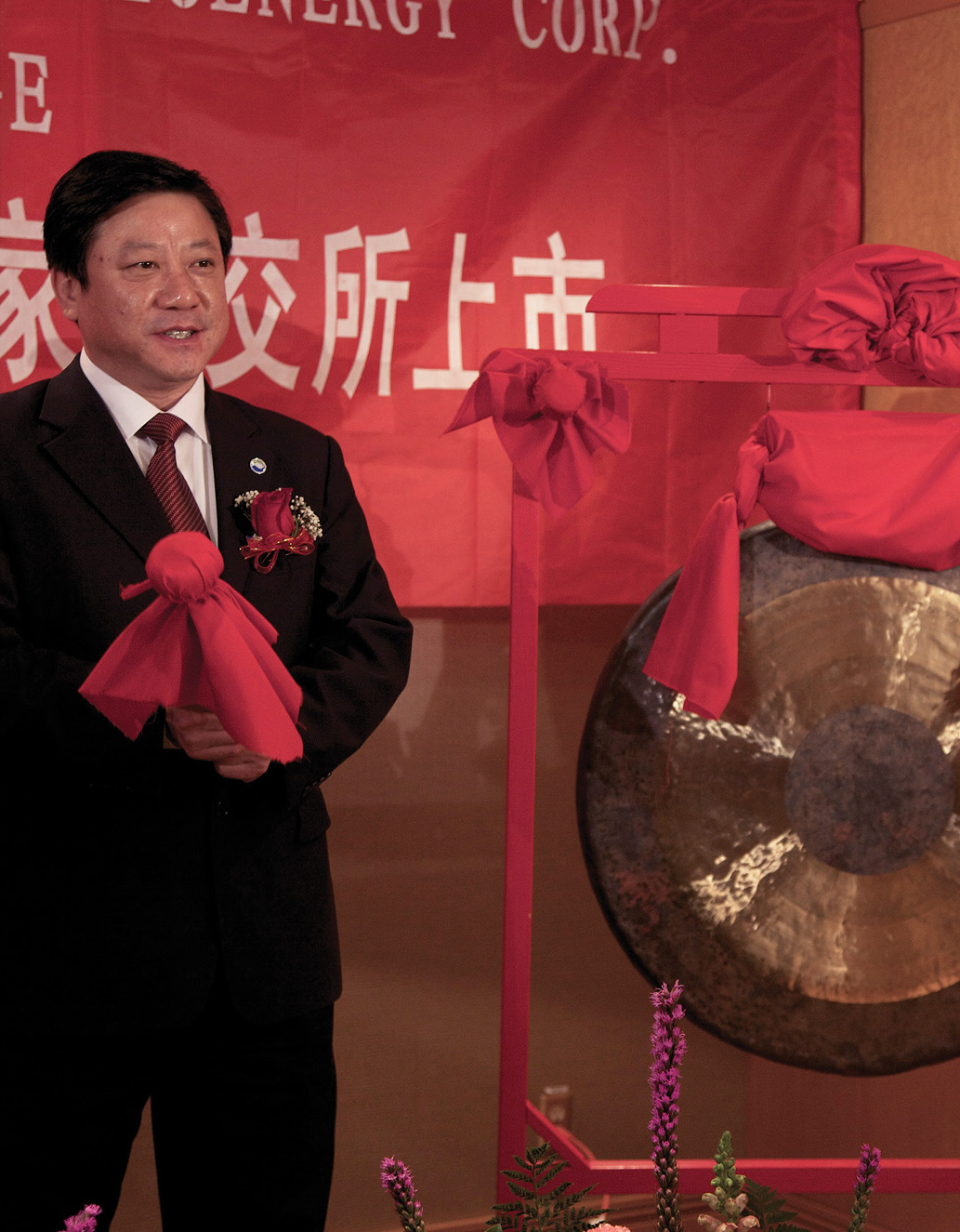 Having developed its own pyrolysis process and profitable bioenergy operations in China, Canada Renewable Bioenergy Corp. is preparing to open a bigger, better biomass plant in its namesake country

China’s biomass power generation is projected to reach 15 million kilowatt-hours (kWh) in 2015, and 30 million in 2020. The country’s power generation through agriculture and forestry biomass is forecast to increase 500% in a decade. Furthermore, after recognising that a large amount of agriculture straw in China is not properly utilised – more than three quarters of it burned or abandoned – the Chinese government has created tax incentives and subsidies for generating energy from it through pyrolysis processing. Needless to say, China has a significant and growing market for the production of energy from biomass.

Canada Renewable Bioenergy Corp. (CNSX: XZX; CRE) seized upon this opportunity to develop its own proprietary and patented pyrolysis technology, from which it built a bioenergy business in China. As CRE’s name suggests, the company is linked strongly to Canada – its headquarters are there, it is listed on the Canadian National Stock Exchange (CNSX) and it intends to open operations in British Columbia soon. CRE’s current operations are based in Zaozhuang in Shandong, China – chosen for being at the centre of China’s richest raw material supply.

“The majority of our raw materials are wheat and corn straws, which are abundant in the area we operate, where we use only one in five of them within a supply radius of 50km. We also use wood from wood and timber processing factories.”

CRE’s Zaozhuang facility has the capacity to produce 18,150 cubic metres of synthetic gas, or syngas; 18,150 tonnes of biochar; 14,850 tonnes of wood vinegar; and 2,640 tonnes of creosote, through its proprietary pyrolysis project. The syngas can be used to generate electricity, however CRE sells almost all of its syngas directly to its sister companies in Zaozhuang. A small amount of syngas is kept back to power the pyrolysis plant. “We reuse the electricity from it in the workshop itself, kind of like a recyclable economy,” says Liu.

Pyrolysis involves the combustion of biomass in an engine, using a controlled amount of oxygen and/or steam to convert the biomass into carbon monoxide and hydrogen. The resulting syngas. Combusting syngas is more efficient than simply combusting biomass directly, because it can be combusted at higher temperatures or even in fuel cells. Burning syngas in internal combustion engines produces methanol and hydrogen, which then power a generator to produce electricity. A further benefit of high-temperature combustion is that it refines out corrosive ash elements such as chloride and potassium, thus producing clean gas from problematic fuels.

Besides syngas, pyrolysis creates a number of other useful by-products, most of them with agricultural uses.

The largest by-product is biochar, a fine-grained charcoal traditionally used as a soil conditioner. It enhances soil quality by helping it retain nutrients and water, therefore reducing the need for fertilisers – some of which release nitrous oxide, a greenhouse gas 310 more potent than carbon dioxide. Biochar will stay in the soil for hundreds of years and reduce nitrous oxide emission by 50-80% compared to fertiliser-conditioned soils.

Creosote is an industrial liquid that can be further processed into diesel, gasoline and wood asphalt, but CRE tends to sell it directly to the market. “We haven’t tried turning it into diesel yet, due to pollution and cost concern,” comments Liu. “We will start that process when we have increased the output, as at that time we will achieve economy of scale.”

CRE has the right to receive 90% of net profits from its Chinese operations and is looking to licence the use of its proprietary pyrolysis process technology to third parties in exchange for royalties and equipment sales. The company rents 10 hectares of land in Stewart, Canada, which is 70km from Stewart Port and is 235km from Terrace, British Columbia, Canada: a country containing forests equivalent to about 69% of its rate of fossil fuels consumption. CRE’s plans for the next 12 months revolve around the bioenergy plant it wants to build on this land.

“We have completed a feasibility study for the Stewart Plant, done a couple of site visits and met with Stewart government officers for the issue of permitting permits,” Liu reveals. The opening of the Stewart Plant is subject to a financing process, but CRE has contacted a number of finance institutions.

After expanding into Canada, CRE seeks to move from the CNSX to the Toronto Stock Exchange and to build its revenue so that profits from the Canadian facilities exceed those coming from the Chinese facilities.

CRE has demonstrated proven profitability over the past two years, generating more than CA$4 million gross profit and $731,163 net income in 2012. On all accounts, the company appears well positioned to complete a successful expansion into Canada and achieve its goals.