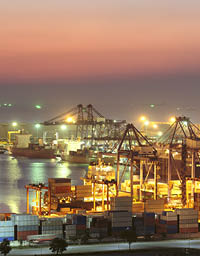 Global economic activity has broadly strengthened, but Canada’s overall export performance has been lacklustre, with non-commodity exports being particularly week. It’s “a bit of a puzzle” why exports have not rebounded to the extent one would have expected given the pickup in foreign demand, noted the Bank of Canada.

To be sure, Canada faces competitiveness challenges that continue to weigh on exporters’ ability to benefit from the recovery in foreign activity, but there are also other factors at play.

Exports fuelled Canada’s economic growth during the 1990s. The U.S. economic boom, led by private-sector spending and private-sector employment, stimulated import demand and was the principal driver of Canada’s strong export performance. The depreciation of the Canadian dollar against its U.S. counterpart through much of the decade also helped, as did cuts in tariffs. The share of Canada’s exports destined for the U.S. market jumped from 74.8 per cent in 1990 to 86.9 per cent in 2000.

Since 2000, though, economic growth in the U.S. has fallen short of its long-run average. Canada’s relatively high dependence on the U.S. market, as opposed to fast-growing emerging and developing countries, has been disadvantageous for Canada’s export performance.

Since 2000, the share of Canadian exports accounted for by the U.S. declined steeply, retracing most of the increase witnessed in the 1990s.

Canadian producers have experienced a significant deterioration in cost competitiveness over the past decade. Unit labour costs (i.e. the average cost of labour per unit of output) in Canada’s manufacturing sector rose by 79.7 per cent from 2002 to 2012, factoring in the appreciation of the loonie. Unit labour costs in the U.S. fell by 11.6 per cent over the same period and grew markedly more slowly than in Canada in other countries (e.g. in the United Kingdom, unit labour cost rose 17.6 per cent; in Germany 26.0 per cent; and in Japan 14.1 per cent).

This loss of competitiveness was only slightly reversed by the fourth quarter of 2013 as the Canadian dollar depreciated.

The competitiveness effect is manifest in Canada’s shrinking share of the U.S. import market.

China became a more prominent world competitor following its admission to the World Trade Organization in 2001. China’s export gains were widespread across geographical markets, but largest in the U.S.  Its share of the U.S. import market more than doubled—from 8.2 per cent in 2000 to 19.0 per cent in 2009—and China overtook Canada as the largest exporter to the U.S.  China’s gains were concentrated in machinery and equipment, non-energy commodities and consumer goods.

Since 2009, however, China’s share of U.S. imports has barely budged as China’s low-cost advantage has been blunted by rising wages and an appreciating currency.

The U.S. remains the top destination for exports from western Canada, but China has moved solidly into second place as an important export market for all western provinces.
British Columbia is the least dependent of all the provinces on the U.S. market. In 2013, less than half (45.7 per cent) of its exports were destined for the U.S. (mostly lumber and natural gas). Roughly 20 per cent went to China (chiefly lumber, pulp, metals and minerals), 12 per cent to Japan (mostly coal, copper and lumber) and five per cent to South Korea (primarily coal).

Evidence of export market diversification is also strong in Manitoba. In 2013, 66.4 per cent of its exports headed to the U.S. comprised of a wide range of products, including crude petroleum oil, airplane parts, canola oil, potatoes, and harvesting equipment. Another 8.2 per cent went to China (top products being nickel, rape seeds and soya beans), 5.1 per cent to Japan (top products being rape seeds and pork) and 2.3 per cent to Mexico (chiefly rape seeds, wheat and meslin).

Almost two-thirds (64.7 per cent) of Saskatchewan exports went to the U.S. in 2013. Its exports consisted principally of crude petroleum oil and potash. Eight per cent of the province’s exports were destined for China, 3.3 per cent for Japan, and 3.1 per cent for India. The vast majority of goods exported to Asia were agricultural and agri-food products and chemicals.

On the surface it appears that Alberta has made little progress in diversifying away from the U.S. market. In 2013, it sent 88.0 per cent of its exports to the U.S.—predominately energy products—a figure that has remained unchanged over the past decade. Market diversification has been hindered by inadequate trade-related transportation infrastructure to ship energy products to overseas markets. Nonetheless, Alberta has aggressively been courting Asia both for investment and for new export markets. In 2013, China received three per cent of the province’s exports (e.g. ethylene glycol, sulphur and canola).

Many of Canada’s eastern provinces are also looking beyond the U.S. market for new opportunities. A little more than half (56.6 per cent) of Newfoundland and Labrador’s exports were generated from sales to the U.S. in 2013, with crude petroleum oil being the largest product category. Exports to both Europe (especially to the United Kingdom and the Netherlands) and Asia (especially China) have increased over the last decade, with each region having received 25.1 per cent and 16.9 per cent of the province’s merchandise exports in 2013. Metals and ores were the largest exporting sector to Asia.

Prince Edward Island’s top export destinations in 2013 were the U.S. (69.1 per cent of all goods shipped globally), France (2.2 per cent), Japan (2.0 per cent) and the United Kingdom (1.9 per cent). The province’s largest exporting sector is in agricultural and agri-food products.

New Brunswick is immensely dependent on the U.S. market with 90.0 per cent of its exports heading south of the border. In 2013, roughly 1.0 per cent of the province’s exports went to each of Brazil, China and Turkey. Petroleum oil, wood, and pulp and paper make up the largest export sectors.

Nova Scotia exports the majority (71.8 per cent) of its goods to the U.S. consisting largely of rubber tires, paper and crustaceans. China, the United Kingdom, Japan and France were also among the top five destinations for Nova Scotia’s exports in 2013. Together, these four countries accounted for approximately 10.0 per cent of the value of the province’s exports.

The U.S. remains the predominant destination for exports from Ontario. Eighty per cent of the province’s global shipments headed for the U.S. in 2013, down from 90 per cent a decade ago. Shipments of autos and auto parts dominated. Ontario has boosted its share of exports going to the United Kingdom from 2.0 per cent a decade ago to 5.7 per cent in 2013 (sending unwrought gold, nickel and uranium, for example). Its share of exports going to Hong Kong, Mexico and China have also increased, but remain low.

Approximately 70 per cent of Quebec’s total merchandise exports went to the U.S. in 2013, down from 82 per cent a decade ago. Unwrought aluminum and aircraft were Quebec’s highest-valued exports in 2013. Roughly 4.0 per cent of Quebec’s exports were destined for China, up from 1.0 per cent a decade ago, with iron ore accounting for a large share of total shipments. Quebec has also boosted the share of its exports going to France, Germany, the Netherlands and Mexico.

Improving global growth and the lower Canadian dollar will help Canada’s export performance, but a sustained and robust rebound in exports requires a fundamental improvement in competitiveness. Productivity (i.e. output per hour, or output per worker) is a key element of the competitiveness equation. Bank of Canada Governor Stephen Poloz said it best: “If you have a better, higher level of productivity in your operation than the person down the street has, you can offer the same thing for a lower price to the customer.”

To boost productivity, businesses will need to investment more in machinery and equipment (particularly in information and communications technology), in research and development and commercialization, and in skills training.

Increasing Canada’s exports also requires further investments in infrastructure, for example, pipeline and other infrastructure to ease bottlenecks that are suppressing exports and prices of Canada’s crude oil. 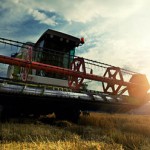 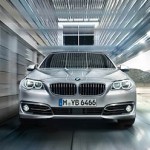