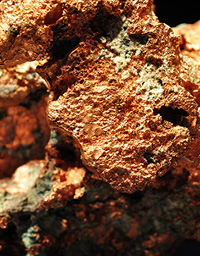 Few of us have heard of rare earth elements. With names like lanthanum, promethium and praseodymium, they sound more like city-states in Ancient Greece.

Despite their name, rare earths are neither rare nor earths. Some are more abundant than copper, lead, gold and platinum. However, they occur in relatively low concentrations so they are not easily exploitable economically.

The Tussle over Rare Earth Elements

China controls 97 per cent of the world’s production of rare earths. Over the last decade, China has been raising duties on some rare earth exports and reducing export quotas, leaving importing countries vulnerable to supply disruptions.

The Office of the United States Trade Representative stated: “Because China is a top global producer for these key inputs, its harmful policies artificially increase prices for the inputs outside of China while lowering prices in China. This price dynamic creates significant advantages for China’s producers when competing against U.S. producers — both in China’s market and in other markets around the world. The improper export restraints also contribute to creating substantial pressure on U.S. and other non-Chinese downstream producers to move their operations, jobs, and technologies to China.”

China’s foreign ministry spokesperson, Liu Weimin, responded: “Based on environmental protection and in order to achieve sustainable development, China carries out management policies over the export of rare earths.”

The mining and processing of rare earths can cause considerable environmental damage. Commercial-grade rare earth deposits tend to be found in the same ore bodies as radioactive thorium and uranium. In China, thousands of gallons of acid are pumped into streambeds to extract and separate the rare earth minerals. The radioactive sludge laced with toxic chemical compounds is discharged into rare earth lakes or reservoirs not far from the Yellow River watershed that supplies drinking water to much of northern China.

The Chinese government has taken steps to better regulate the industry and improve environmental and mining practices by closing smaller and illegal operations and consolidating larger ones under the control of state-owned enterprises.

How China Has Come to Dominate the Market

The Mountain Pass rare earth mine in California, owned by Molycorp Inc., was once the largest rare earth supplier in the world. The mine closed in 2002 in response to both environmental restrictions and stiff competition from China. American research led to ground breaking uses for rare earth elements both for commercial and military uses.

In the 1980s and 1990s, China embarked on a mission to become a global leader in the production of rare earth elements. In 1986, it introduced the National High Technology Research and Development Program. A great deal of money has gone toward researching rare earths. The Program’s objective is to boost innovation capacity in the high-tech sectors to gain a foothold in the world arena and achieve breakthroughs in key technical fields that concern the national economic lifeline and national security.

The Chinese leadership has long recognized strategic value of this resource. In 1992, former Chinese President Deng Xiaoping famously said, “There is oil in the Middle East; there is rare earth in China.” In 1999, President Jiang Zemin wrote: “Improve the development and application of rare earth, and change the resource advantage into economic superiority.”

In 1997, China introduced a second program – the National Basic Research Program of China. “The strategic objective of the Program is to mobilize China’s scientific talents in conducting innovative research on major scientific issues in agriculture, energy, information, resources and environment, population and health, materials, and related areas.” The study and research and development of rare earth elements and their application is a large part of the Program.
Finally, China has two state laboratories and two institutes that focus almost exclusively on rare earth elements.

Many high-tech manufacturers from across the globe have relocated to China to ensure adequate supply of rare earths and to take advantage of the growing pool of engineers, scientists and researchers focused on the development and application of rare earth elements.

The West has accelerated efforts to develop alternatives to China. In late 2011, U.S.-based Molycorp Inc. restarted rare-earth-mineral production at its Mountain Pass mine in California (which closed in 2002) and is expanding its operations.  In Western Australia, Lynas Corp.’s Mount Weld mine is set to provide a new source of supply when production comes online in the second quarter of 2012. Lynas is also constructing a rare earths processing plant in Malaysia that will be supplied with material from the Mount Weld mine.

The Rare Earth Opportunity for Canada

Canada has significant quantities of rare earths locked in black shale deposits (the Alberta Black Shale Project) that were previously not recoverable unless large amounts of cyanide and arsenic are used to liquefy the ores — a process that is considered dangerous and illegal in many parts of the world. Now, a more cost-effective and environmentally friendly new technology that uses water, air and microbes (a technique known as bioheap leaching) can be used to release the rare earth from the black shale deposits. The new technology has a limited track record — only one mine (operated by Finland’s Talvivaara Mining Company Plc.) is producing metals with bioheap leaching technology. Toronto-based DNI Metals, a junior mining company, has said it needs $1 billion to get the project going.

Great Western Minerals Group Ltd.’s Hoidas Lake Project (located in northern Saskatchewan) has one of the highest proportions of neodymium present in any known rare earth deposit. The company is working on designing an optimal concentration/leaching process with the goal of starting production in 2015-16.

Pele Mountain Resources is focused on the sustainable development of its Eco Ridge Mine Uranium and Rare Earth Elements Project, located in Elliot Lake, Ontario.

Matamec Explorations Inc. is exploring its Zeus property in the Temiscamingue region of Québec. Toyota Tsusho Corp. has signed a non-binding memorandum of understanding with Matamec to fast-track development of the Kipawa deposit in order to secure a supply of heavy rare earths used in the production of Toyota’s hybrid and electric vehicles.

Other Canadian-based rare earth explorers and miners are developing mines in Canada and around the world. Nova Scotia-based Ucore Rare Metals Inc. is exploring a project on Bokan Mountain in Alaska, and Toronto-based Stans Energy Corp. is progressing heavy rare earth properties in the Former Soviet Union.

Great Western Minerals Group is focused on putting the Steenkampskraal mine in South Africa into production.

Not only does Canada have the third-largest crude oil reserves in the world, it has some of the world’s largest rare earth deposits and expertise in processing them. Politically stable, Canada has a reputation for technical and contractual reliability and high environmental standards. This may mean that Canada will increasingly have political leverage and influence.