MONTREAL, Sept. 26, 2019 (GLOBE NEWSWIRE) — The Aerospace Industry of Canada (AIAC) hosted the first of three Vision 2025 Election Town Hall meetings today in Montreal.
Vision 2025 Chair, the Hon. Jean Charest, former Deputy Prime Minister and Quebec Premier moderated the all-candidate debate on the future of Canada’s aerospace sector.“Today’s event was a huge success. The fact that so many people participated speaks to just how important this industry is to Canada’s economic future. Providing nearly 215,000 well-paying jobs in every region of the country, the future of Canadian aerospace crosses partisan lines. We must seize the opportunities that lie ahead for our industry or risk falling behind,” said Mr. Charest.Today’s Election Town Hall featured high profile candidates from all major parties and was the latest step in AIAC’s Vision 2025 initiative. Launched just over a year ago, Vision 2025 chair Jean Charest held cross-country consultations that resulted in the release of the report Charting a New Course in June 2019. The report recommends six key priorities for prosperity, and a number of areas for further collaboration between Canada’s government and aerospace industry partners. The report is a roadmap to ensure Canada will be a leader in an increasingly fierce competitive global economy.The six priorities are:Building the most skilled and talented workforce in the world;Ensuring small and medium-sized businesses thrive and grow;Using innovation to capture new opportunities, including carbon-neutral flight and unmanned vehicles;Investing to maintain Canada’s status as a world-class regulator;Leveraging Canada’s role at the forefront of space;Maximizing defence procurement and government partnerships to drive new industrial growth.“We are very pleased our Vision 2025 initiative is having such a positive impact,” said Jim Quick, President and CEO of AIAC. “Hearing the federal candidates confirm that the industry is vital to Canada’s long term economic health is reassuring at a time when we know that Canadian aerospace is at a critical juncture. Global competition has never been tougher and Canada must step up to compete, or risk being left behind.”    Candidates attending the Town Hall included: The Hon. Marc Garneau of the Liberal Party, Neil Drabkin of the Conservative Party, Alexandre Boulerice of the NDP and Gabriel Ste-Marie of the Bloc Quebecois.More details on VISION 2025 are available at www.aiac.ca/vision2025 (English) or www.aiac.ca/fr/vision2025 (French) Christine Csversko
613-232-4297 x235
CBJ Newsmakers 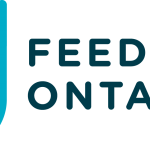 Media Advisory: Feed Ontario (formerly the Ontario Association of Food Banks) to release a new study on the Cost of Poverty in Ontario on October 1st, 2019 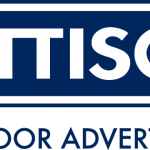