OTTAWA, July 09, 2020 (GLOBE NEWSWIRE) — The Hon. Jean Charest, Chair of AIAC’s Vision 2025, former Deputy Prime Minister and Quebec Premier, together with John McKenna, members of the aerospace and airline industries, today held a news conference calling for the federal government to identify aerospace as strategic and back that up with a sector strategy for aerospace, defence and space.
Mr. Charest issued the following statement:“Yesterday’s economic update outlined the severe financial situation we are facing as a country.  It is staggering.  The challenges being faced by Canada’s aerospace industry are not dissimilar to those being faced by other industries.  However, as we look towards a post COVID-19 economy, there must be a recognition – and prioritization – of industries that can be part of Canada’s overall economic recovery.“If the Government partners with our industry, recognizing the strategic importance we bring to the table – 215,000 jobs, over $25 billion in annual GDP, $1.4 Billion in R&D – we will be in a position to help Canada overcome its massive deficit.“For over 80 years, governments of all political stripes made Canada’s aerospace sector a policy priority through strategic action and investments. While our major competitor countries have implemented sector specific plans and recovery measures, Canada has resisted. “There are real consequences for Canada’s lack of action. If we fail to keep up with our competitor countries, our industry’s $25 billion annual GDP contribution will be gutted and Canada will no longer be in a position to attract and keep highly-trained skilled workers.  This represents 215,000 skilled, well-paying jobs across the country that support more than 500 small businesses.For more on AIAC and Vision 2025, please visit: www.aiac.ca About AIAC:AIAC is the national association representing Canada’s aerospace manufacturing and services sector.  As the world’s fifth-largest aerospace industry, Canada’s aerospace sector contributes nearly $25B to the economy in GDP, exports 75% of its output, and dedicates over 20% of its activity to research and development (R&D). Aerospace is responsible for the employment of 215,000 Canadians.More details: www.aiac.caMedia contact: Marie-Pier Côté
418 999-4847 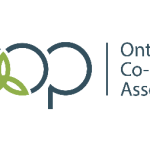