There is a type of armadillo that rolls itself into a ball when it feels threatened. In my opinion, this is what many Canadian businesses are doing now. They are reacting instinctively to world events whose outcome is difficult to predict, and rather than taking action they prefer to wait and see, hoping the potential dangers will go away.

In 2003, Google’s CEO Eric Schmidt told an audience that human beings now create as much information in two days “as they did from the dawn of man.” As a result, today each of us is constantly flooded with “news” and other data, current statistics, unrequested suggestions, unwanted directions and free advice from all angles.

Because today’s society does not have the time to delve further into each piece of information being fed to us, we listen, absorb and often make decisions based on what we hear and see in CNN, News at 6, Linkedin, daily newspapers, Facebook, various blogs and many other sound-bite sources of information.

These sources guide us through our daily lives, providing others’ hand-picked and often superficial opinions of what is happening at home and abroad … and unfortunately we often shape our business decisions accordingly.

A Cry to Action

My “cri de guerre” to Canadian executives is to return to their entrepreneurial roots, where they often used to make decisions based on a combination of gut-feel, self-belief and adventurous courage, combined with whatever measured facts and figures were available.

For example:
Americans will choose their next President in November 2016, and a leading candidate reportedly threatens the US’ established trade agreements with other countries. With 80% of our exports going to NAFTA, will Americans’ choice affect our two-way trade figures? Should we wait for November 2016, or start seeking new markets to do business with now?

Brazil, South America’s largest country and Canada’s leading trading partner in the region is tottering under corruption and governmental changes. Will Canada’s $6 Billion two-way trade in goods and services be affected and if so, wouldn’t it be better to have other markets in the region already on our radar?

Canada is forecasting 25,000 new jobs by 2030 resulting from a Free Trade Agreement with China, our 2nd largest trading partner. Will China’s current economic slowdown affect this optimistic plan? Should we not take advantage of Prime Minister Trudeau’s recent footsteps and create potential new jobs by seeking ties with companies in Japan and Vietnam?

Here in Canada we read amusing business headlines such as “Bank of Canada uncertain about one thing : things are uncertain” but if Canadian businesses just sit and wait, worried about events they cannot control, things will continue to be uncertain.

Flustered and bewildered by the continuous pressure of new events happening around the world on a daily basis, many businesses are falling prey to the Armadillo Syndrome and postponing any decisive international move for fear of making a costly mistake.

While the IMF says that “Canada is solid, despite everything” Canadian businesses must recognize that foreign markets will not automatically open up to their products; global economies will not easily become available to their service exports; world events will not “settle down” and allow Canadians the luxury of making decisions with calm, well-reasoned, well-researched and precise forecasts.

Again I repeat my battle cry: I urge Canadian executives to make a move now – any move… and make a conscious effort to look for new markets regardless of events they cannot control, instead of waiting for world events to tell us all what to do. 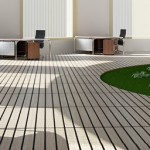 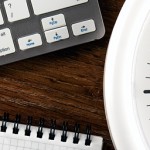