Toronto, Oct. 14, 2020 (GLOBE NEWSWIRE) — A policy brief released today by the Centre on Drug Policy Evaluation and the University of Toronto that examines race and gender of executives and directors in the Canadian cannabis industry found that Black and Indigenous people, and women, are underrepresented in leadership positions across the board.The new policy brief found cannabis industry leaders are primarily White (84%) and male (86%). Non-White industry leaders are in the minority (6% South Asian, 3% East and Southeast Asian, 2% Indigenous, 2% Arab, 1% Black, and 1% Latinx).This research examined the race and gender of all C-level executives and boards of directors of licensed cannabis producers and their parent companies operating in Canada. Offering a snapshot of the legal cannabis industry, the analysis includes 700 executives and directors across 222 organizations (166 licensed producers and 56 parent companies).“As Canada approaches the two-year anniversary of nationally regulating recreational cannabis production and sales, this analysis shows that much work remains to achieve a diverse legal cannabis industry,” said Dr. Akwasi Owusu-Bempah, Assistant Professor in the Department of Sociology at the University of Toronto and senior author of the policy brief. “While this does not suggest that legalization has failed, it emphasizes the need for cannabis policy to evolve to meet the moment. Only then can we begin rectifying the injustices experienced by racialized groups disproportionately targeted and punished under cannabis prohibition.”These racialized groups have been disproportionately hurt by cannabis prohibition in Canada, the United States, and elsewhere. For stakeholders motivated by racial justice, this research project offers a first-of-its-kind comprehensive and systematic look at the race and gender of those with the greatest influence and financial stake in Canada’s legal cannabis industry.“Cannabis legalization is on the ballot in four states this November,” said Tahira Rehmatullah of Highlands Venture Partners and T3 Ventures, who was not involved in the research project. “Without proactive efforts to include and prioritize racialized groups and women, we can expect the same forces to create unequitable and exclusionary legal cannabis industries.”As a growing number of jurisdictions move towards the legal regulation of non-medical cannabis markets, this analysis highlights the risk that legal markets can exclude historically over-criminalized racial groups. Several recommendations are made in the policy brief to structurally address the underrepresentation of racialized groups and women:First, social equity programs like those instituted in California, Massachusetts, and Illinois can be adopted to provide targeted avenues of entry into the cannabis industry for underrepresented groups.Second, tax revenue from cannabis sales can be used to support financial business development programs aimed at lowering barriers to entry.Beyond government regulation, private actors can adopt strategies to diversify their executives and directors.About the Centre on Drug Policy Evaluation
The Centre on Drug Policy Evaluation (CDPE) strives to improve community health and safety by conducting research and outreach on best practices in drug policy. We work collaboratively with governments, affected communities, and civil society to guide effective and evidence-based policy responses to substance use. The CDPE was founded as the International Centre for Science in Drug Policy (ICSDP) in 2010 at the BC Centre for Excellence in HIV/AIDS in Vancouver, Canada.Nazlee Maghsoudi
The Centre on Drug Policy Evaluation
[email protected] 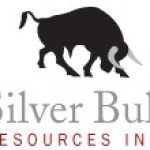 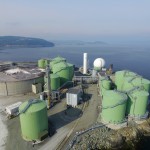