The Lazaridis Institute for the Management of Technology Enterprises has selected 10 of the country’s most promising technology companies to participate in the fifth cohort of the Lazaridis ScaleUp Program. The institute, housed in Wilfrid Laurier University’s Lazaridis School of Business and Economics, supports Canada’s tech sector through research and programming focused on growth and innovation. Its ScaleUp Program helps companies grow globally through mentorship, programming, and access to a global network of experts.

“The latest group of companies participating in the Lazaridis ScaleUp Program represents the best in Canadian tech – 10 companies that have what it takes to compete at a global level,” said Kim Morouney, managing director of the Lazaridis Institute. “Our task—and our privilege—is to provide the mentorship, support and access to networks that they need to grow rapidly and maintain their competitive advantage.”

The ScaleUp Program received a record number of applications, tripling that of previous years.

“Selecting the final 10 companies for this cohort was really difficult,” said Morouney. “It’s a great problem to have. When you consider the number and the calibre of the companies that applied, it’s clear that Canadian tech is taking off. There are more companies with the potential to dominate their markets than ever before.”

“The record number of companies that applied for spots in the program not only indicates the increased size and strength of Canada’s tech ecosystem, but it also attests to the proliferation of robust tech ecosystems across Canada,” said Morouney.

The application data shows Ontario leading the way with the number of tech companies represented, while ventures based in British Columbia, Alberta, and Quebec made up 40% of the applications. The data also points to tech clusters in Saskatchewan, the Maritimes and Manitoba.

Morouney says Canada’s tech ecosystem is itself scaling on a national level, thanks to the support of regional accelerators and incubators such as Communitech, L-Spark, OneEleven, Mars, Startup Calgary, Genesis Centre, Innovacorp, Volta Labs, co.Labs, Founder Fuel, Le Camp, and others. She says Canada’s next challenge is to help tech companies compete on a global level.

The Lazaridis ScaleUp Program supports the growth of companies through mentorship, programming, and access to a global network of experts. Companies in the first four ScaleUp Program cohorts have:

• Accessed more than $375M in capital. Raises in the past three months include Vive Crop (Mississauga) $10M, Bus.com (Montreal) $19.6M, Vendasta (Saskatoon) $40M, and Terramera (Vancouver) $59.65M
• Achieved average employee growth rates of 73%
• Created more than 1,100 jobs in the past two years
• Survived. 100% of cohort companies are still in operation in Canada today, compared to the national survival rate for small and medium-sized of 51% after five years reported by Innovation, Science and Economic Development Canada

The ScaleUp Program Cohort 5 will kick-off in Toronto on October 17, 2019. Over the next eight months, the group will meet in six different cities across North America for workshops led by some of the world’s most successful tech executives. Past workshop topics have included growth and valuation for Canadian scaleups, next-level product development and global marketing and growth SEO. 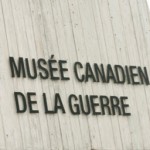 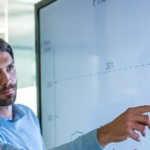