Le français suitOTTAWA, Aug. 06, 2020 (GLOBE NEWSWIRE) — Tariffs imposed today on Canadian aluminum exports by the United States put thousands of workers at risk and the Canadian government must act aggressively to oppose the move.
“The announcement today by the U.S. President undermines the stated purpose and spirit of Canada-U.S.-Mexico Agreement,” said Hassan Yussuff, president of the Canadian Labour Congress (CLC). “The Canadian government must provide support to affected workers while they work out this dispute. The government should respond swiftly with retaliatory actions.”The United States previously imposed tariffs on Canadian aluminum and steel before the ratification of the Canada-U.S.-Mexico Agreement (CUSMA). Canada’s unions fought for over a year to have them removed.The imposition of tariffs for a second time is particularly offensive considering the newly renegotiated trade agreement entered into force on July 1st.“Canadian workers are not a prop for Donald Trump to use in his re-election campaign,” said Yussuff. “This is a clear affront. The federal government has to continue to forcefully stand up for Canadian workers and industry and must counter these unfair tariffs.”To arrange an interview, please contact:
CLC Media Relations
[email protected]
613-526-7426 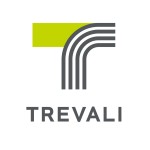 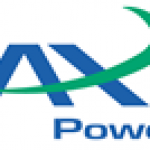