OTTAWA, Aug. 20, 2020 (GLOBE NEWSWIRE) — The Canadian Labour Congress (CLC) welcomes today’s federal government announcement that it will both extend the Canada Emergency Response Benefit (CERB), introduce much needed reforms to Employment Insurance (EI) to provide better protections for the country’s unemployed workers including the introduction of a minimum floor on benefits, and provide 10 paid sick days.
Millions of people have been relying on the CERB for financial support after losing their jobs because of the pandemic. The benefit was set to terminate but will now be extended for another month.In the meantime, the temporary changes to EI will support those who still need help once the CERB expires and who wouldn’t otherwise be eligible under previous rules.“Prime Minister Justin Trudeau and Employment Minister Carla Qualtrough are clearly listening to the palpable fears of unemployed workers and are ensuring support for the hardest hit. Today’s extension of the CERB and the various changes to EI are going to provide a lifeline for people who are worried about how they will make ends meet,” said CLC President, Hassan Yussuff. “As much as people want to get back to work, many jobs are still not there. Today’s announcement will be a huge relief for workers and their families who deserve to live in dignity.”Today’s reforms include:a new stand-alone unemployment benefit of $400 for contract, self-employed, freelance and gig-economy workers that is modelled on CERB, and outside EI;a rule that effectively lowers the eligibility threshold for maternity/parental benefits from 600 hours to 120 hours of insurable earnings;a two-week flat-rate paid sick leave benefit.“Canada’s unions have long called for paid sick leave. With this new benefit, workers can return to work with confidence knowing they can take time off without fear of lost pay or of losing their job,” says Yussuff.“Today’s temporary reforms should help set the stage for a future permanent overhaul of EI that has been long overdue. That overhaul should include changes that would see employers who currently avoid paying EI premiums by claiming their workers are independent contractors be compelled to pay into EI programs.”Last month, CLC released its own recommendations for EI reform, read more here.To arrange an interview, please contact:
CLC Media Relations
[email protected]
613-526-7426 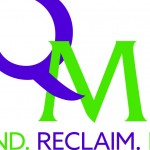 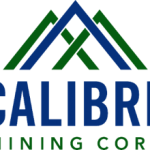