Canadian firms continue to see the U.S. as an intimate trading partner and its market a source of growth, according to a new report from the Economist Intelligence Unit (EIU), in partnership with American Express. Although there are some issues to be tackled as regulatory and compliance challenges cause costs to rise, a majority of firms anticipate their trade with the U.S. to increase, in part thanks to the Trans-Pacific Partnership.

The research, which includes a survey of 531 companies worldwide, explores the relationships companies have with the U.S., looking at how they trade, the challenges they face, and how they expect international trade with the U.S. to change based on upcoming regulatory shifts.

“U.S.-Canadian trade is among the most valuable in the world,” says Paul Roman, Vice President & General Manager, Global Commercial Payments, American Express Canada. “The results show there are some issues to be looked at, including access to trade finance and infrastructure, but it is positive to see optimism among a majority of Canadian firms that their trade with the U.S. will increase.”

The research found that the U.S. is, unsurprisingly, a top trading partner for 76% of Canadian businesses. Furthermore, a huge majority (94%) of Canadian companies surveyed derive up to 30% of their current global annual revenue from the U.S. market – the same as the U.S.’s other continental neighbour and NAFTA co-signatory, Mexico.

The reliance on trade with the U.S. is expected to rise, as 58% of Canadian companies surveyed expect their trade with the U.S. to increase in the next five years with around one-in-five (18%) seeing it grow by more than 10%. A majority of Canadian firms surveyed think that the Trans-Pacific Partnership (in addition to NAFTA) will improve opportunities for them in the U.S. market.

Access to Finance: The two main impediments to accessing finance for trading with the U.S. are limited credit insurance options (cited by 30% of respondents) and lack of dollar liquidity (26%).

Infrastructure: Over a third of (36%) Canadian firms surveyed say they rely heavily on the rail network in order to trade with the U.S., with 28% mentioning a reliance on port facilities and 24% on air links.

Exchange Rate Volatility: Despite being listed among the top challenges to Canadian-U.S. trade, changes in the exchange rate with the U.S. dollar positively affected a majority (54%) of Canadian companies’ profitability in 2015.

Trade Regulation: Nearly three-in-four (72%) Canadian companies surveyed have seen an increase in the cost of doing business with the U.S. due to trade-related regulatory and compliance issues over the last 12 months – 42% have seen increases of over 10%.

Outside of the U.S., international trade presents a unique set of challenges for Canadian businesses. These include making payments (50%), transportation costs & delivery (46%), insufficient market knowledge (42%), and communication challenges and cultural hurdles (40%).

“Navigating cross-border payments efficiently can be challenging” says Roman. “Our Global Currency Solutions solve many of the inefficiencies and hidden costs that come with traditional payment methods. We want to help our customers thrive when it comes to cross-border trade with their continental neighbour.” 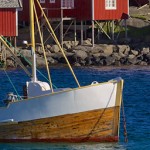 Lobster Fishing is Becoming An International Boon for The Maritimes 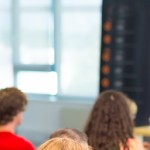 Building the Skills to Pay the Bills