EDMONTON, Alberta, June 16, 2020 (GLOBE NEWSWIRE) — The Canadian Council of Child and Youth Advocates (CCCYA) supports BILL S-217 an Act to establish the Office of the Commissioner for Children and Youth in Canada, tabled today in the Senate.
“Having a national voice to promote the rights and interests of children and youth, with particular attention to First Nations, Inuit and Métis youth and those who are members of other vulnerable communities such as immigrant and refugee youth, is important to our country,” said Del Graff, Alberta Child and Youth Advocate, and President of the CCCYA. “For many years, the CCCYA has lobbied the federal government to establish an independent federal commissioner for children and youth, and we are finally at the point where we may see one created.”“Provincial and territorial advocates work hard in their respective jurisdictions on behalf of vulnerable children and youth,” said Jackie Lake Kavanagh, Newfoundland and Labrador Child and Youth Advocate, and Vice President of the CCCYA. “However, there is a significant gap in protecting children’s rights in Canada without a federal counterpart. Creating an independent office at the national level would go far to address this current gap.”If passed, the bill would grant the Commissioner the mandate to promote and protect the rights, well-being and views of children and youth, especially those who belong to a vulnerable group. The Commissioner would also be required to collaborate with Indigenous governing bodies to include Indigenous views and values in the Commissioner’s advocacy for Indigenous children and youth.View the bill here: https://www.parl.ca/LegisInfo/BillDetails.aspx?Language=E&billId=10803478About the Canadian Council of Child and Youth AdvocatesThe Canadian Council of Child and Youth Advocates is an association of government-appointed children’s advocates, ombudsman and representatives from ten provinces and two territories: Alberta, British Columbia, Manitoba, New Brunswick, Newfoundland and Labrador, Nova Scotia, Nunavut, Ontario, Prince Edward Island, Québec, Saskatchewan, and Yukon. Advocates are independent officers of the legislatures in their respective jurisdictions.Media Inquiries:
Tim Chander
Communications Manager
Office of the Child and Youth Advocate (Alberta)
780-638-4064BACKGROUNDERCCCYA Statements and Publications related to National Children’s CommissionerMarch 2008 – CCCYA letter to Prime Minister Stephen Harper on child poverty calls for establishing an independent children’s commissioner. http://www.cccya.ca/images/english/pdf/Letter_to_Stephen_Harper_re_child_poverty_Mar_31_2008-copie.pdf p.2June 2010 – CCCYA position paper recommends creating a National Children’s Commissioner. http://www.cccya.ca/images/english/pdf/aboriginal_children_youth_advocates_position_paper_2010.pdf p.13November 2014 – CCCYA release reiterates 2010 call for creation of a National Children’s Commissioner http://www.cccya.ca/Images/english/pdf/17-11-2014_EnglishRelease_FINAL.pdf p.30March 2019 – CCCYA Statement of Children’s Rights in Canada reiterates CCCYA call for an independent parliamentary officer. http://www.cccya.ca/Images/english/pdf/0326%20Statement%20on%20Children%27s%20Rights%20EN-Final.pdf p.2 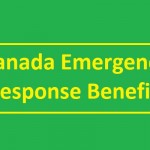 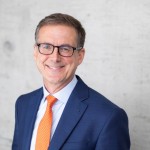