OTTAWA, Nov. 13, 2019 (GLOBE NEWSWIRE) — The importance of bees, activism about climate change, nature conservation and sustainable food practices are among the topics reflected in this year’s Canadian Museum of Nature’s Nature Inspiration Awards.
The recipients include a youth activist driving action on climate change, a retiree guiding stewardship of an urban park in Vancouver, a scientist leading research into bee diversity, and a furniture company engaged in re-greening projects. They join other honorees announced this evening at a gala hosted by the museum, which is Canada’s national museum of natural history and natural sciences.The Nature Inspiration Awards, inaugurated by the museum in 2014, recognize individuals, groups and organizations whose leadership, innovation and creativity connect Canadians with nature and the natural world. The 2018 awards cover seven categories: Youth (aged 17 and younger), Adults, Not-for-Profits (small to medium), Not-for-Profits (large), Businesses (small to medium), Businesses (large), and a Lifetime Achievement Award.The 2019 winners include:Twelve-year-old Sophia Mathur from Sudbury, Ontario, for leadership and environmental advocacy about action for climate changeDr. Laurence Packer from Toronto for scientific research on wild bees and public outreach about the importance of bees and other pollinators  Volunteer John Coope for two decades of conservation work and stewardship of Vancouver’s Jericho Beack ParkFurniture-maker Calstone Inc. from Scarborough, Ontario for leadership in helping youth and communities to re-green urban spacesAbeego, from Victoria, British Columbia, for inventing and marketing the first beeswax food wrap, a sustainable alternative to plasticThe Trans-Canada Trail, based in Montreal, for the creation of a 24,000-km trail network that connects over 15,000 communities across CanadaSecond Harvest, from Toronto, for creating and managing a food-rescue and redistribution program serving over 370 social service agencies and food hubsVideos about each of the 2019 recipients can be viewed at nature.ca/awards.A jury selected the winners after paring down the applications to a shortlist. Winners receive $5,000 that they can designate to a program of their choice. The 2019 awards were supported by presenting media sponsors The Walrus and The Globe and Mail. Ontario Power Generation was a sponsor for te small-to-medium not-for-profit category.Winners of the 2019 Nature Inspiration Awards:Youth category (aged 17 and under) – Sophia Mathur, Sudbury, Ontario
Sophia’s environmental lobbying to politicians began at age seven and has since taken her all the way to the United States Congress with the organization Citizens’ Climate Lobby. She embraced Greta Thunberg’s call for youth climate action and is credited for bringing Fridays for Future to Canada. Among her accomplishments, Sophia has spoken at national conferences and she helped create the art installation Parachute for the Planet, which was displayed in 2018 at venues including Parliament Hill.Adult category – Laurence Packer, Toronto, Ontario
A world-renowned scientist on wild bees, Laurence built York University’s bee collection into the largest in Canada and one of the fastest-growing ones in the world. The Packer Lab supports scientists’ work to track declines and to protect wild native bees. Laurence spearheaded a major international effort to develop genetic barcodes for all bees on Earth. He has authored several popular books, including Keeping the Bees: Why All Bees Are at Risk and What We Can Do to Save Them.Lifetime Achievement Award – John Coope, Vancouver, British Columbia
Following retirement, the former chemistry professor at the University of British Columbia applied his interest in botany as founder of the stewardship group that maintains Vancouver’s Jericho Beach Park. He has doggedly helped remove plant species that had overrun this well-loved urban park—starting with purple loosestrife, then moving to Japanese knotweed and wild chervil, which he reduced from about 30 000 plants to virtually none. He has compiled an inventory of the park’s 300 plant species and trained much younger volunteers.Not-For-Profit category (small to medium organization) – Trans Canada Trail, Montreal, Quebec
This national network, launched in 1992, has evolved to connect more than 15 000 communities across 24 000 km. Users can walk, cycle, paddle and even snowshoe through urban, rural and wilderness areas, often crossing provincial, territorial and national parks. Since its completion in 2017 (when it was renamed The Great Trail), the focus has moved to sustainability and stewardship.Business category (small to medium organization) – Abeego, Victoria, British Columbia
Abeego beeswax food wrap was invented in 2008 by Toni Desrosiers, who wanted a sustainable alternative to plastic wrap. Beeswax food wrap protects and breathes so that food is preserved longer, thereby reducing waste. The company has a zero-waste system, and has led the way in the eco-friendly food wrap industry. For her innovation, Toni won the TELUS Trailblazer Award at the 2018 RBC Women’s Entrepreneur Awards.Business category (large organization) – Calstone, Scarborough, Ontario
Canadian furniture maker Calstone stepped outside its manufacturing space to help students learn about nature and make a difference in their community. It worked with students at the Tom Longboat School in Scarborough and the local school board to turn barren land into a pollinator garden and education centre. Calstone also worked with the Toronto and Region Conservation Authority and the Toronto school board to engage industry, city government and schools.About the Canadian Museum of Nature:
The Canadian Museum of Nature is Canada’s national museum of natural history and natural sciences. The museum provides evidence-based insights, inspiring experiences and meaningful engagement with nature’s past, present and future. It achieves this through scientific research, a 14.6-million specimen collection, education programs, signature and travelling exhibitions, and a dynamic web site, nature.ca.Information for media:
Dan Smythe
Head, Media Relations
Canadian Museum of Nature
613.566.4781; 613-698-9253 (cell)
[email protected]John Swettenham
Director, Marketing and Media Relations
Canadian Museum of Nature
613.566.4249; 613-868-8277 (cell)
[email protected]EDS NOTE – Of special interest to Victoria, Vancouver, Sudbury, Toronto, Montreal and Scarborough. Ontario.
CBJ Newsmakers 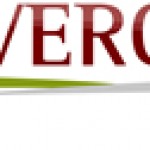 Silvercorp Expands Mineralized Zones at the GC Mine 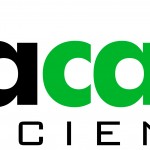