OTTAWA, July 19, 2021 (GLOBE NEWSWIRE) — Researchers with the Canadian Museum of Nature are heading back to the Arctic this summer, following a year when fieldwork had been cancelled due to the pandemic.

For five weeks, a team of botanists led by Dr. Lynn Gillespie will survey and collect plants and lichens in the underexplored coastal area of central Baffin Island, with the community of Kanngiqtugaapik (Clyde River) as the entry point. They will be working in Nunavut’s newest and largest territorial park, Agguttinni, which encompasses key habitat for polar bears and caribou.

While each project has a specific focus, both are contributing to knowledge of the Arctic’s biodiversity at a time when Canada’s North is experiencing the impacts of climate change.

The botany expedition from July 19 to August 23 is part of the museum’s ongoing Arctic Flora Project. Its goal is to collect, identify, and map locations of the more than 800 species of vascular plants, as well as mosses and lichens, that are thought to populate the Canadian Arctic. The collected specimens, which include samples taken for DNA analysis, are then preserved for study in the museum’s National Herbarium in Gatineau, Quebec.

Previous expeditions for the Arctic Flora Project over the past 14 years have seen museum botanists exploring the Arctic islands, as well as mainland areas such as the Hornaday River and Tuktut National Park in the Northwest Territories, and the Coppermine River and Arviat in Nunavut.

“This year’s fieldwork will result in the first comprehensive collections from central Baffin,” explains Gillespie, who has honed her expertise during 16 Arctic expeditions spanning more than 25 years. ”It’s a very mountainous area with fjords and deep valleys, freshwater and coastal wetland habitats, and rock types that should support a diverse range of plants.”

Gillespie is joined by Senior Research Assistant Paul Sokoloff, who has been on nine Arctic expeditions, as well as Research Associate Dr. Geoff Levin. The botanists will rely on helicopters from Nunavut Parks to transport them to five remote base camps.

Aided by the extended summer daylight, they will be able to roam kilometres each day, with eyes to the ground, observing and collecting plants and lichens.

Afternoons will usually be spent at the field camp recording their finds, then processing and pressing specimens. Nunavut Parks will be able to use the team’s botanical inventory for baseline data to inform resource management and to help with interpretation activities.

And while most species may be known, the team’s experience surveying other Arctic regions suggests there can always be surprises. “We’re always looking for things that aren’t really expected,” notes Gillespie. She cites examples such as the Blunt-leaved orchid (Plantanthera obtusata), and a fern (Steller’s rockbrake) that had not been recorded before in the Arctic islands until found by museum botanists.

While the museum botanists will be setting up at their first base camp, Dr. Dominique Fauteux will be wrapping up two weeks of fieldwork further south on the tundra terrain around Salluit in Nunavik (northern Quebec). It will be his third summer there since 2018, as part of his long-term studies of lemmings and their role in tundra ecosytems.

These plant-eating rodents are among the most populous mammals in Canada’s Arctic. The cyclical rise and fall of their numbers has a large impact on their Arctic predators—from the Arctic fox and ermine, to the snowy owl, gyrfalcon and others.

Understanding the ebb and flow of lemming numbers and their links to tundra biodiversity is the focus of Fauteux’s research. One of the four species of lemmings in the Canadian Arctic, is the Ungava collared lemming (Dicrostonynx hudsonius), which is found in Nunavik.

After the two weeks tagging and recording data about lemmings around Salluit, Fauteux will spend two weeks on Victoria Island from August 5 to 19, based out of Cambridge Bay and the Canadian High Arctic Research Station.

“Lemmings are known to have a relatively consistent three-to-four-year cycle when their population grows, peaks, then diminishes and crashes,” explains Fauteux. “Each phase of growth and decline has been well documented, but we still need to learn more about the reasons for this boom-and-bust scenario.”

Once back in his museum lab in Gatineau, Quebec, Fauteux will analyse demographic data such as survival and reproduction rates, in order to compare lemming populations from the different Arctic regions represented by his fieldwork.

About the Canadian Museum of Nature
Saving the world through evidence, knowledge, and inspiration! The Canadian Museum of Nature is Canada’s national museum of natural history and natural sciences. The museum provides evidence-based insights, inspiring experiences and meaningful engagement with nature’s past, present and future. The Centre for Arctic Knowledge and exploration continues the museum’s legacy of more than 100 years of experience in applying its scientific expertise to Arctic exploration, which includes research and documentation about the biodiversity of Canada’s North.. 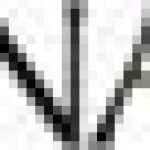 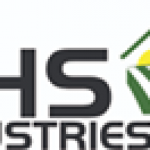