NOT FOR DISTRIBUTION TO U.S. NEWSWIRE SERVICES OR FOR DISSEMINATION IN THE UNITED STATES OF AMERICA

CALGARY, Alberta, May 19, 2021 (GLOBE NEWSWIRE) — Canadian Premium Sand Inc. (“CPS” or the “Company”) (TSXV: CPS) is pleased to provide an operational update and announce that it plans to conduct a non-brokered private placement.

On February 3, 2021, the Company announced a shift in the direction of the Company’s business strategy to focus on developing its high-quality Wanipigow silica sand deposit to support a sustainable flat glass manufacturing facility in the greater Winnipeg area. GlassGlobal GmbH a leading international glass consulting firm, was engaged to further refine its previous market research into both architectural and solar grade flat glass markets in North America. The Company has determined that the demand for low iron flat glass used for architectural and solar panel glass in North America is growing rapidly. Supply of low iron glass for these purposes will be challenged, with the greatest need for low iron solar glass (patterned low iron solar glass is currently installed in ~80% of solar panels manufactured).

With no current patterned solar glass manufacturing capacity in North America, the Company sees tremendous opportunity to utilize its wholly owned low iron, high silica purity sand resource to manufacture patterned low iron solar glass to supply North American solar panel manufacturers. In support of this initiative, the Company is continuing its work to refine capital and operating costs associated with construction and operation of a flat glass manufacturing facility in the greater Winnipeg area.   We look forward to updating our shareholders on our progress and the economic viability of the project over the upcoming months.

Canadian Premium Sand Inc. is pleased to announce that it plans to conduct a non-brokered private placement of 12 million common shares (the “Common Shares”) at a price of $0.25 per Common Share for gross proceeds of $3 million (the “Offering”).

The net proceeds of the Offering will be used to fund the initial phase of the Front-End Engineering and Design for a glass manufacturing facility in the greater Winnipeg area, initiate permitting applications and other key activities to progress the business plan, as well as for general working capital purposes.

Certain directors and officers of the Company, as well as the Company’s two largest shareholders (collectively, the “Insiders”), have indicated that they intend to participate in the Offering. It is anticipated the Insiders will subscribe for at least 50% of the Offering.

Closing of the Offering is subject to the approval of the TSX Venture Exchange (“TSXV“). The Company anticipates closing the Offering as soon as practicable following TSXV approval and the Offering may close in one or more tranches. Finder’s fees will be payable to non-insiders on a portion of the Offering in accordance with the policies of the TSXV.

The Common Shares issued under the Offering will be subject to a statutory hold period in Canada of four months and one day following the closing date of the Offering.

The Common Shares shall be distributed in applicable Canadian jurisdictions in reliance upon exemptions set forth in National Instrument 45-106 – Prospectus Exemptions.

The issuances of Common Shares to insiders pursuant to the Offering will also be considered related party transactions within the meaning of TSXV Policy 5.9 and Multilateral Instrument 61-101 – Protection of Minority Security Holders in Special Transactions (“MI 61-101”). CPS intends to rely on exemptions from the formal valuation and minority approval requirements in sections 5.5(c) and 5.7(b) of MI 61-101 in respect of such insider participation on the basis that neither the fair market value of the securities to be distributed in the Offering nor the consideration to be received for those securities, in so far as the Offering involves the Insiders, exceeds $2,500,000. Further details will be provided in the Company’s material change report to be filed on SEDAR. The Company expects to file a material change report in respect of the related party transaction less than 21 days prior to the closing of the Offering, which the Company deems reasonable in the circumstances so as to be able to avail itself of the proceeds of the Offering in an expeditious manner.

The Company is evaluating the potential for sustainable manufacturing of high clarity flat glass through a Company owned facility in the greater Winnipeg area that utilizes the high-quality silica sand from its wholly-owned Wanipigow silica sand deposit. The Company is a reporting issuer in Ontario, Alberta and British Columbia. Its shares trade on the TSXV under the symbol “CPS”. 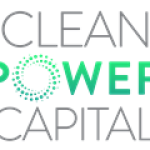 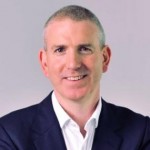